Jamaica's history - always something new to find out!
Along with many other categories of people in Jamaica, the Maroons of Charles Town sent an address of support to Governor Edward John Eyre, when it became clear that his actions in dealing with the Morant Bay 'Rebellion' were being treated with strong disapproval by many in Britain - in government and the press, and among the general public. 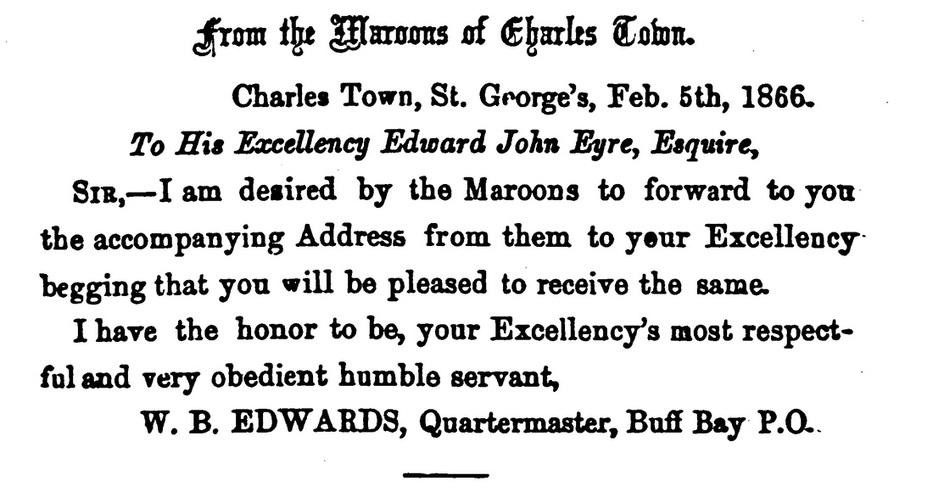 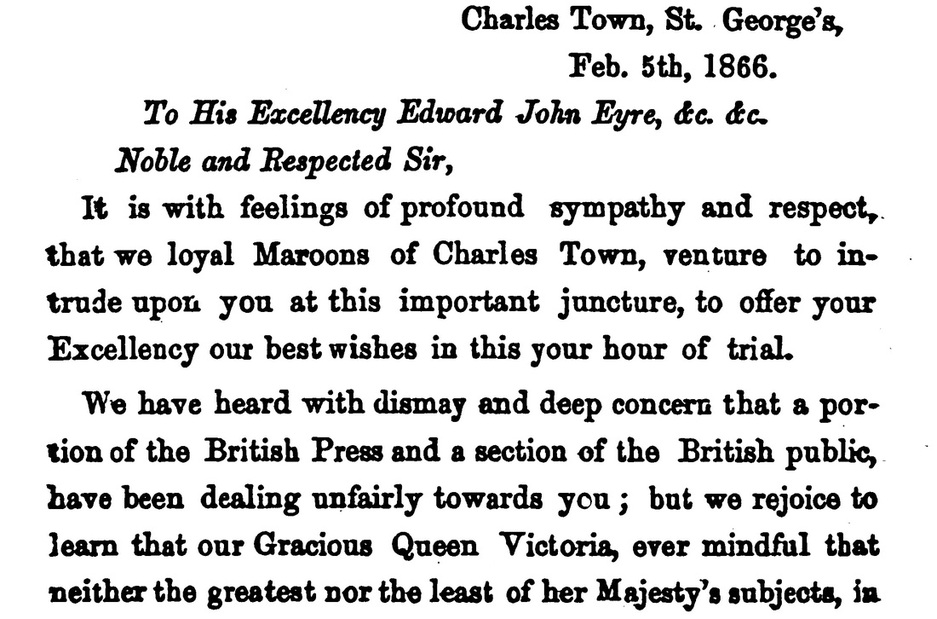 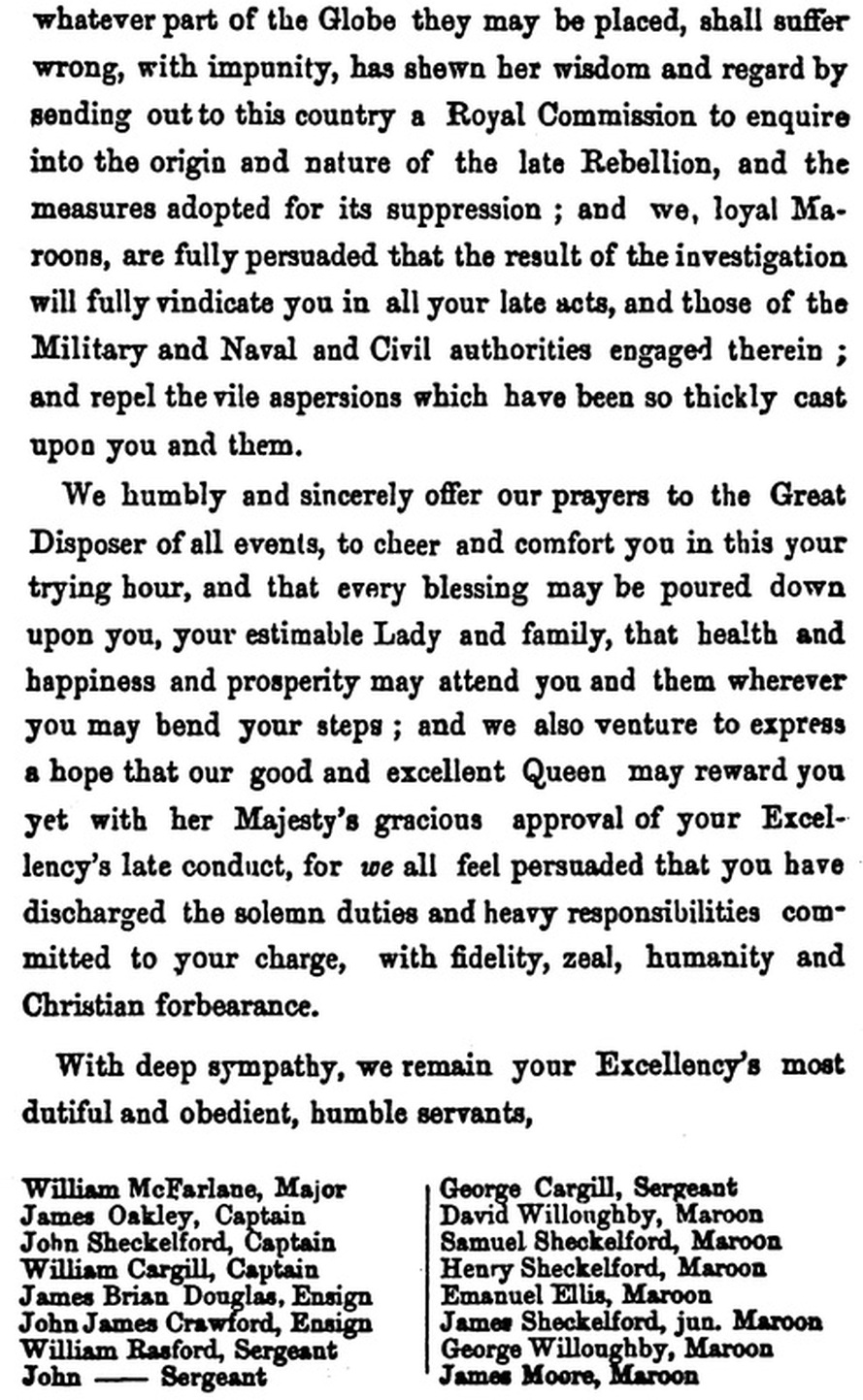 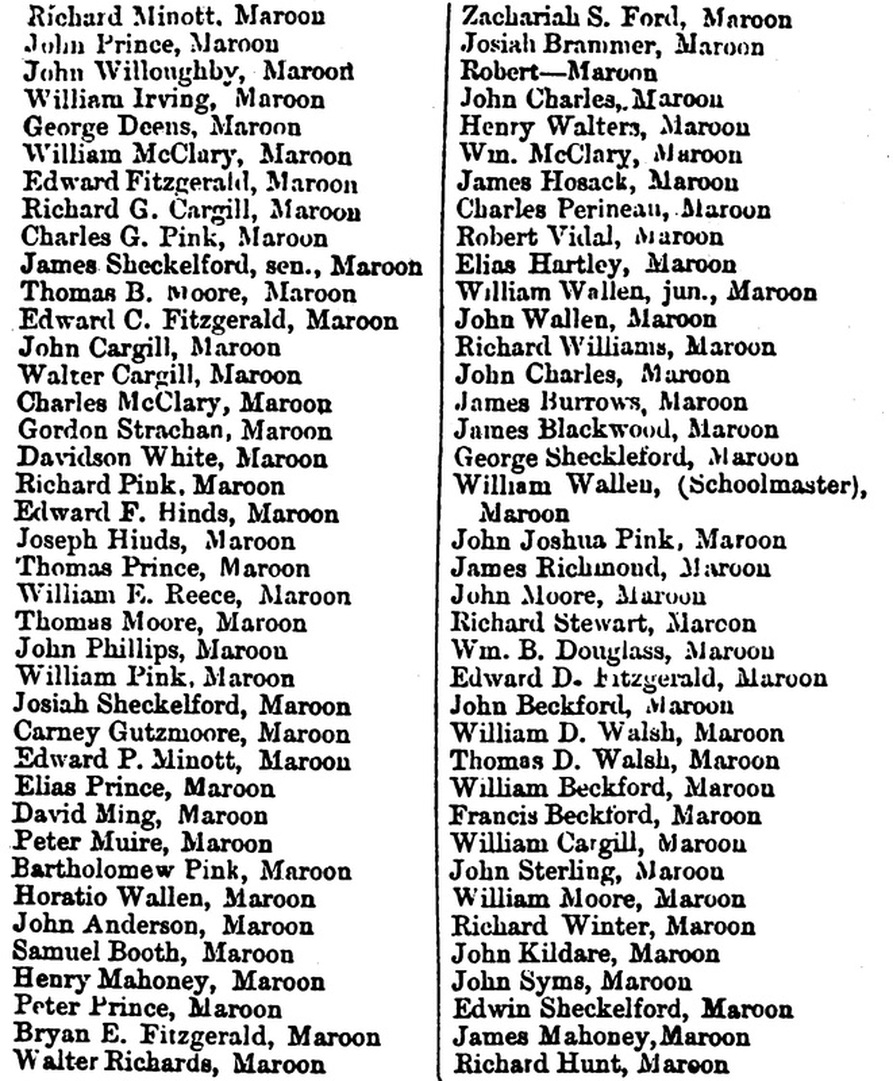 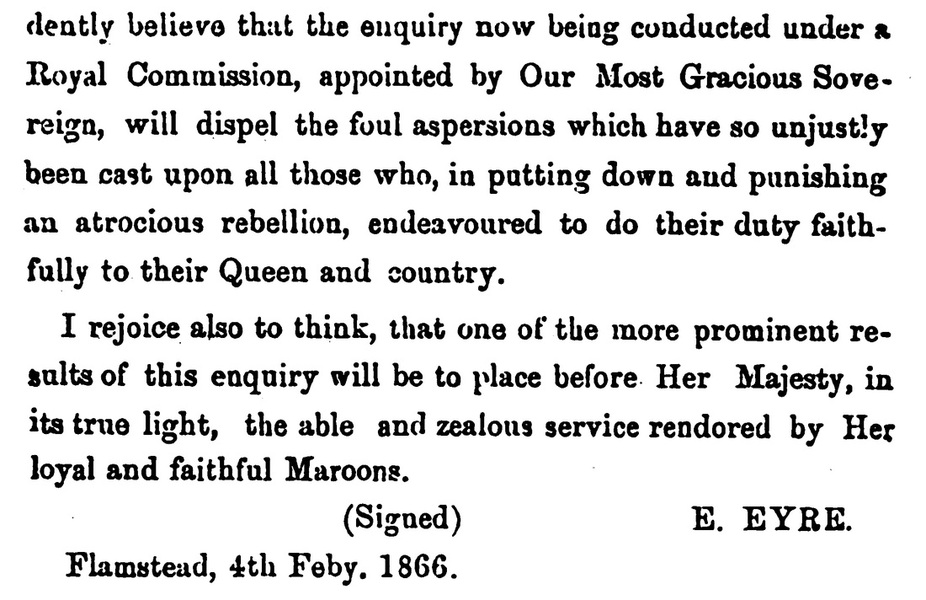 The opening pages of the publication containing addresses to Governor Eyre in 1866:
Elias Hartley  >  >  >