'. . . and Mr. Andrew C. Murray gave some of his inimitable negro character-sketches which convulsed the audience with laughter.'
- one of the sons of Henry Garland and Caroline Murray
- possibly the eldest
Andrew Murray apparently took up his father's torch just less than a year after his father's death: 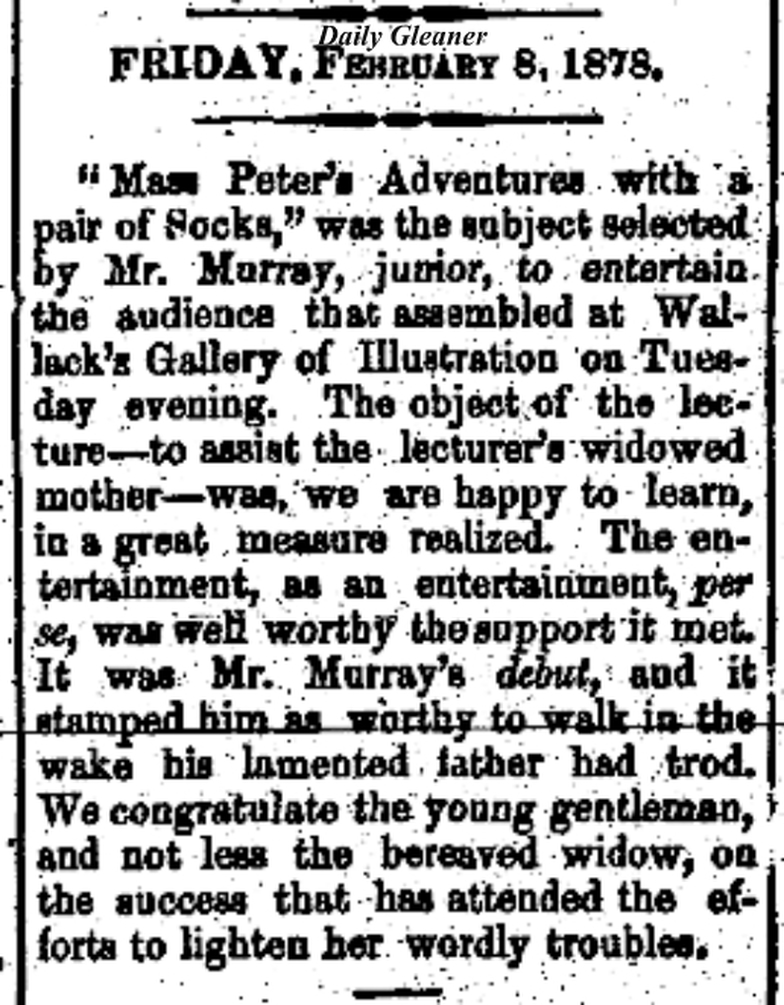 Unfortunately there do not seem to be any reports in the Gleaner of Murray's tour around the island, and the next reference comes in December of 1878, but getting his name wrong! 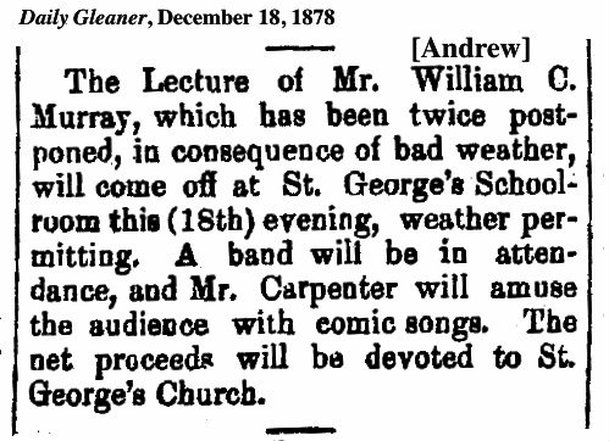 Accounts and reports in the Gleaner dealing with Andrew C. Murray and his entertainments stopped appearing after 1884. The latest reference I have found so far was on December 15, 1884 -

"There will be a Musical and Literary Entertainment at St. George's School Room, tomorrow evening at 7 o'clock, with dialogues and recitations, and, Mr. Andrew C. Murray will deliver some short lectures."
Strangely there was never any account in the Gleaner of Andrew Murray leaving the island, or of his death, but a recently discovered reference may suggest what was the end to his career.
In an article in the Jamaica Journal in 1978, about Jamaicans in Panama, Olive Senior made reference to Murray performing there, and dying in Colon in 1886. The note suggests that it was H. G. Murray performing in Colon in the 1880s, however H. G. Murray had died in Kingston in 1877. The most likely suggestion must be that the 'Funny Murray' who died in Colon on March 13 1886, and whose death was reported in the Star and Herald, was Andrew C. Murray. It would seem that he probably visited Panama at some time in 1885, following his father's tradition, and then, sadly, had died like his father of a fever encountered on the Isthmus.
​
[I still hope to be able to confirm this supposition, but so far have not been able to access the archives of the Panama Star and Herald to do a search.]