Daily Gleaner, January 3. 1935
Late Dr. A. J. Thomas Who Was Dean Of Canadian Medicos
Referring to the recent demise in Canada of Dr A. J. Thomas, formerly District Medical Officer of Frankfield, and, later, Stony Hill, Free Lance, a Montreal monthly publication, published the following:
Dr. Arthur James Thomas died in the Montreal Western General Hospital on Saturday, November 24, after a prolonged illness. He was buried from the Union Church on Monday, November 26, 1934. A large number of friends attended the service which was conducted by Rev. C. Este.
Arthur James Thomas was born in Toronto of Jamaican parents. He was educated at Toronto High.
He is reputed to be the first Canadian Negro to graduate from Toronto University Medical School. He received the degree M.D.C.M , from Varsity, L.R.C.P.S., Edinburgh, and F.R.P.S.. Glasgow.

He served as district medical officer in Jamaica, B.W.I., from 1896 to 1899 when he returned to Canada and took up practice in Montreal.

Dr Thomas left Jamaica to return to Canada in November 1898:

MONTREAL LEADER
From 1899 to 1922 Dr. Thomas built up an enviable practice in Montreal. A brilliant scholar, a sympathetic adviser and an ardent race leader, he took an active interest in community affairs. He was highly respected and beloved by all sections of the local citizenry.

The only information on Thomas's years in Montreal so far located: 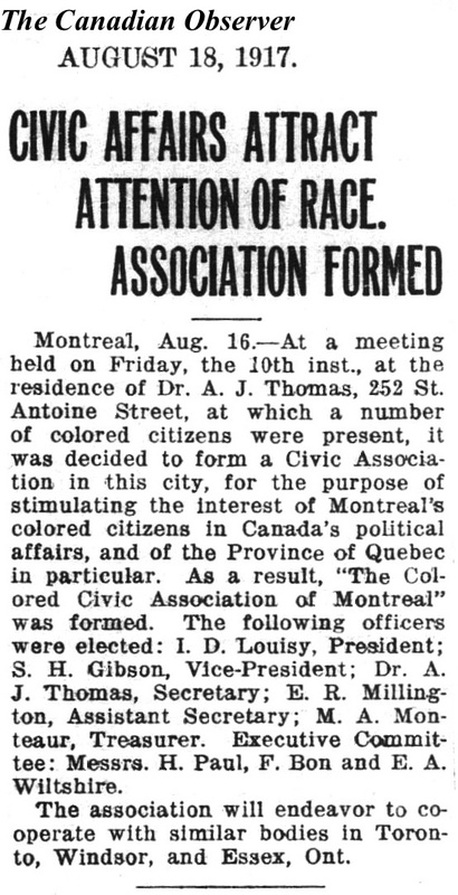 Returning to Jamaica in 1922 on account of ill-health, he speedily recuperated and resumed practice as D.M.O. for District of St. Thomas.

One of Dr Thomas's first duties was to continue the treatment of those who had contracted Alastrim, a mild form of Smallpox, which had been an epidemic in Jamaica since mid-1920. The original concern that the disease was in fact Smallpox had quickly died down, but patients still had to be treated. 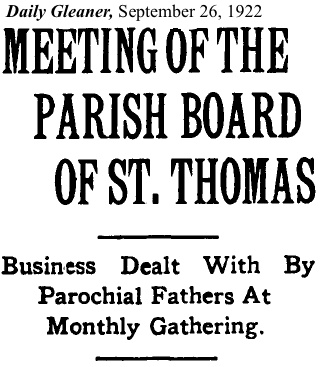 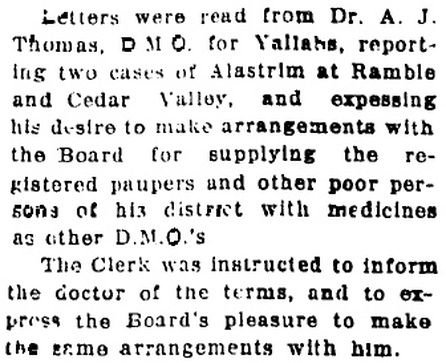 Another on-going duty for a District Medical Officer was performing post-mortems and giving medical evidence in court. In this instance it was the sad case of a teenager who was adjudged to have committed suicide while of 'unsound mind'. 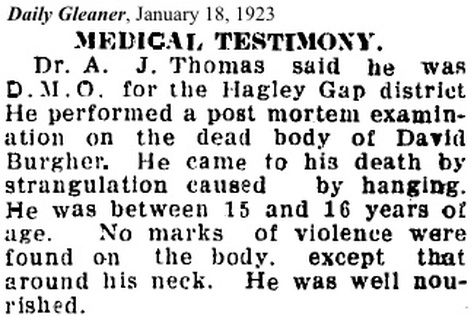 Dr Thomas treating a member of the Lightbourne family, prominent in the western part of St Thomas, the old parish of St David's. Note another reference to the drought conditions. 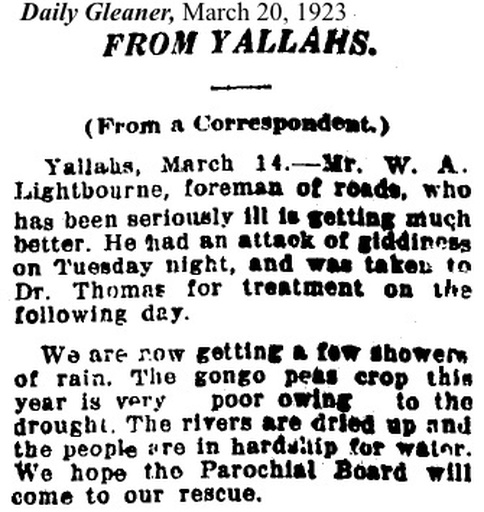 It is very interesting to follow Dr Thomas involving himself in community organisation in the west of St Thomas. It would be helpful to know more about his earlier community involvement in Montreal. 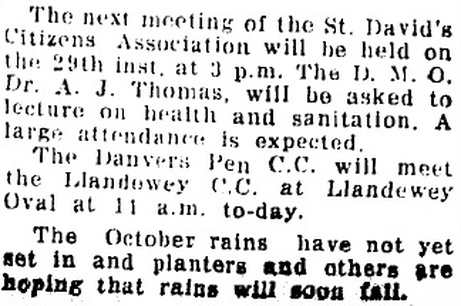 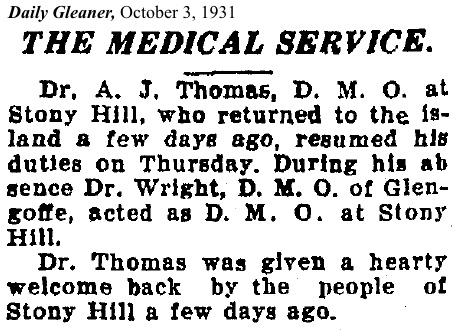 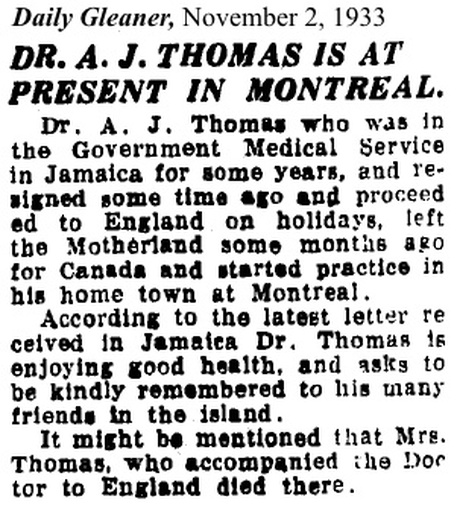 Dr. Thomas returned to his native soil last Fall. Soon after arriving he suffered an accident which proved fatal.
The demise of Arthur James Thomas, M.D., removes from the field of action a pioneer in Canadian Negro medical circles, a highly-esteemed gentleman and an out-standing personality.