'There is Fern Gully. It is losing some of its glory, but is still a cool and dark avenue of majestic ferns.'
Hartley Neita, Daily Gleaner, March 10, 2007 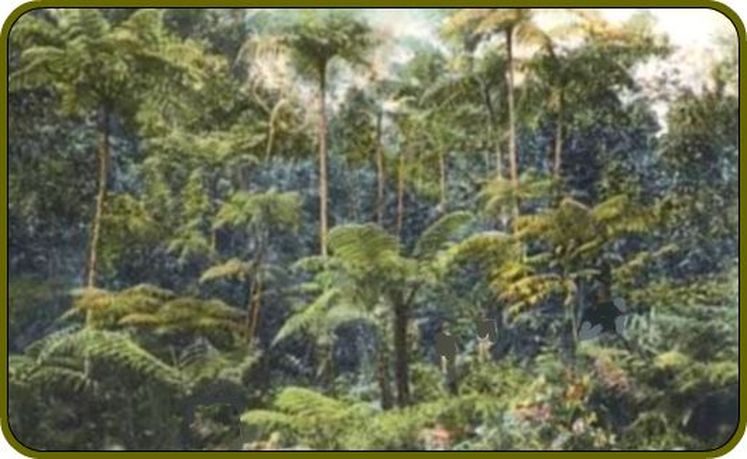 'The Fern Gully of the Parish of St. Ann, leading directly down in its extensions to the coast at Ocho Rios, has long been considered one of Jamaica's prime showplaces. I believe that almost all authorities now agree that the town's name is a corruption of the Spanish Las Chorreras, which signifies "the cascades" or "waterfalls," rather than the "eight rivers" which is the translation of the contemporary epithet. And I am sure that better experts than I have long considered that Fern Gully was once a series of cascading falls, tumbling downwards to the sea and bringing the needed soils upon which the present community of Ocho Rios is built.'
Alex Hawkes, October 29, 1970