Jamaica's history - always something new to find out!
Oscar Charles 'Tommy' Scott, who died at Kingston, Jamaica, on June 16, 1961, aged 67, played for Jamaica and in eight Test matches for the West Indies. A batsman and slow leg-break bowler, Tommy Scott toured England in 1928, playing in two Test matches. When visiting Australia in 1930-31, he took part in all five Tests and in the first at Adelaide he finished the Australian innings by dismissing four batsmen in nine deliveries without cost. In first-class cricket he scored 1,322 runs, average 22.40, and took 203 wickets for 28.70 runs each.
- based on Wisden Cricketers Almanack 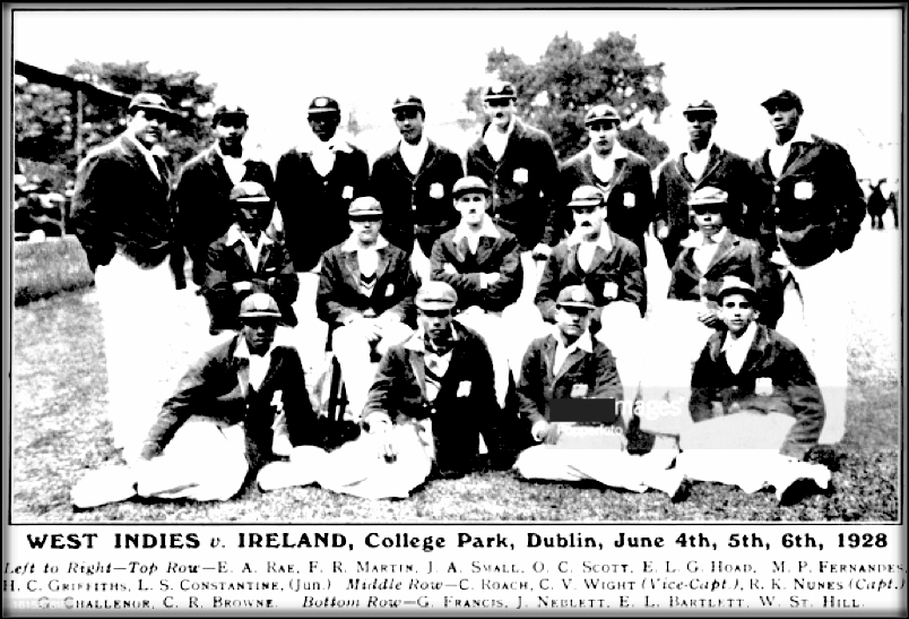 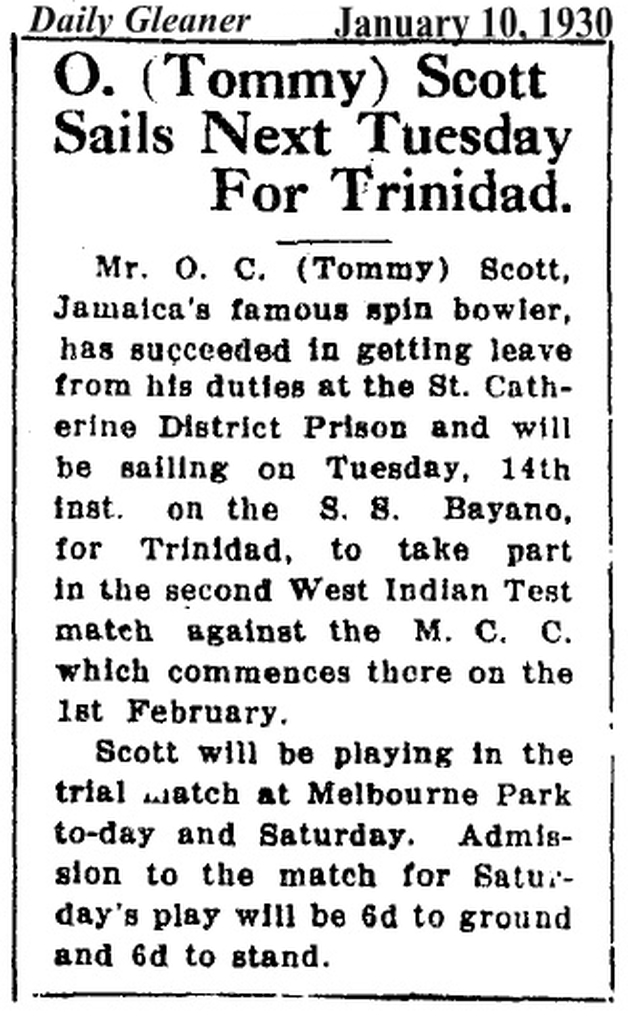 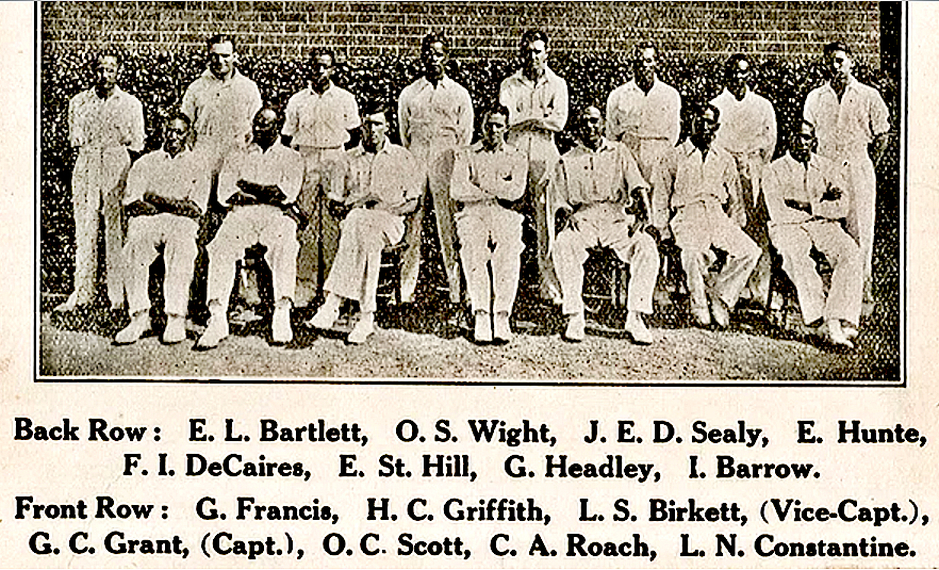 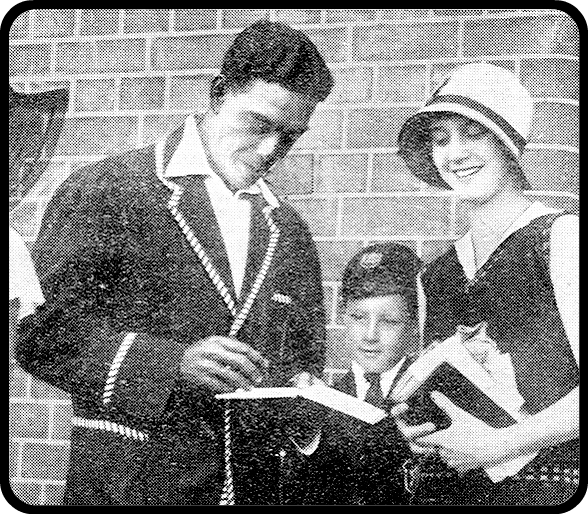 . . . . George Headley, while rumour has it that while one veteran who connects the past with the present will be dropping out of the Lucas team, a similar one will be coming into the Innswood side, O. C. Tommy Scott, who still remains unchallenged as Jamaica’s greatest bowler. Prospects of this match rest on the laps of the gods.
Daily Gleaner, May 4, 1940