Jamaica's history - always something new to find out!
Oswald Russell was born in August 1933 in Kingston, Jamaica, son of the popular and respected Jim Russell, long-time Registrar of Births, Marriages and Deaths in that city. He began his piano studies under the direction of Ena Helps.
About Ena Helps -
Early concerts -
Some radio performances, sponsored by the Jamaica Public Service Company -
Scholarship to the Royal Academy of Music 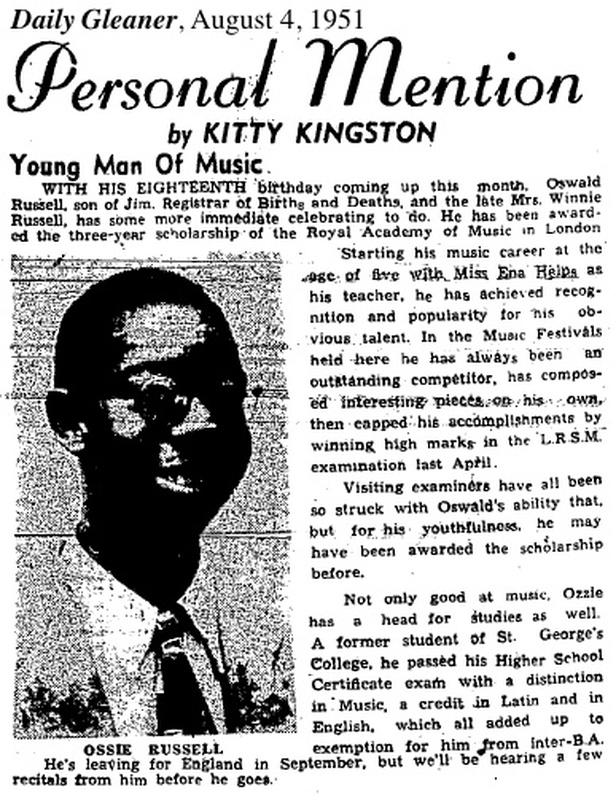 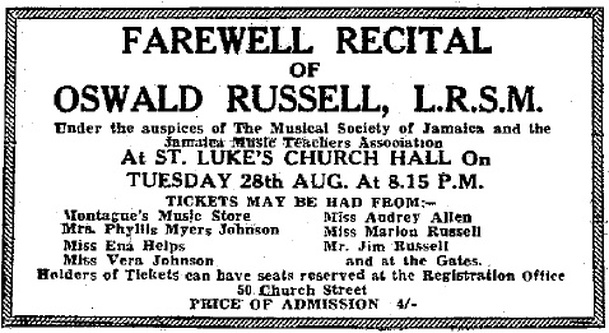 So he worked at the Royal Academy in London under the direction of Eric Grant, where he won a First Prize/Gold Medal. Later he studied in Paris with Jacques Février, and finally at the Juilliard School in New York with Edward Steuermann, also meeting with Leonard Bernstein and other modern American composers.
In 1964, he settled in Geneva, where he studied with Louis Hiltbrand and, at the same time pursued, under the direction of A. F. Marescotti, the studies in composition which he had begun in London with Lennox Berkeley.
Having been Professor of improvisation at the Geneva Conservatoire and at 'Institut Jacques-Dalcroze', Oswald Russell is above all a concert performer. He has given concerts worldwide, in Switzerland, France, Austria, Germany, the former Yugoslavia, England, Spain, Jamaica, the former USSR, the United States, Italy and Canada. Additionally he has directed such distinguished choreographers as Martha Graham, Agnes DeMille and George Balanchine, and is also a composer for the Jamaican National Dance Theatre Company. He composed the film score for 'les Vieilles Lunes' presented at the Cannes Festival in 1969.
​      In April 2002 the 'Three Jamaican Dances' by Oswald Russell were performed in a piano recital at Churchill College, Cambridge University, UK, by Maxine Franklin, the well-known Jamaican pianist, as part of a programme entitled 'Intercultural Piano Music for Schools - A Selection'. The pieces are based on Jamaican folk songs. The first is a bright and cheerful dance in Allegro moderato time. The second, slow and sad, revolves around the folk-song 'Sammy dead' - a lament for a farmer whose death is blamed on his neighbours' envy of his unusually good harvest. The third develops the lively folk-song 'Rookoombine' into a fast and brilliant display.
[written more than a decade ago] 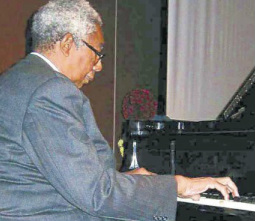