As with Jasper Hall and Bull House, it is not easy to find information about the history of Harmony Hall, but in this case this is in large part because 'Harmony Hall' virtually disappeared from the records when the property was developed as the Mico Normal School for the training of teachers from 1836. On this page I will set out the references to Harmony Hall before it became absorbed into 'The Mico'.
The name 'Harmony Hall' is intriguing; the other houses were known by the names of their owners (Constantine House became known as Jasper Hall for most of its history), so where did the name 'Harmony Hall' come from? This also raises the question as to who built Harmony Hall: the suggestion is made that it was Eliphalet Fitch, who was certainly a prominent merchant in Kingston in the late 18th century. However, Fitch was, it appears, born in Boston on November 5, 1740, which would seem to make him too young to have been a wealthy Kingston merchant, building a fine house in the later 1750s. I am still hoping to get more information on this point!

as an entertainment centre

I have found no references to Harmony Hall as a residence, and I am waiting for material which, I hope, may provide some confirmation, or otherwise, as to Eliphalet Fitch being its owner. However, there are a few references to it as a location for concerts. In January 1789, according to Richardson Wright in Revels in Jamaica, 1682-1838, a group of amateur and professional musicians met at Thompson's Tavern to plan for regular concerts, to be supported by subscription; Harmony Hall was chosen as the venue, and it was indicated that the bands of the regiments currently in Jamaica would be involved. Wright gives no information on the success, or otherwise, of the project.
This seems to be a reference to an early concert under this scheme:
Note re 'Signor Pepe': Revels in Jamaica,  page 196 - 1791: '. . . December 5th a benefit concert for Mr Weldon. In the latter program we find the name of a Signor Pepe, who tells the town that he is back on the Island after fifteen month's absence and, if he receives enough encouragement, hopes to settle down there for good. The encouragement will be measured by the extent to which the genteel populace patronize his offer to teach them singing, the violin, mandolin, and Spanish guitar.'
page 197 - 1792: '. . . concerts given by foreigners in this last decade of the eighteenth century. Signor Pepe leads the way with a concert in March at the Kingston  Theatre . . .' 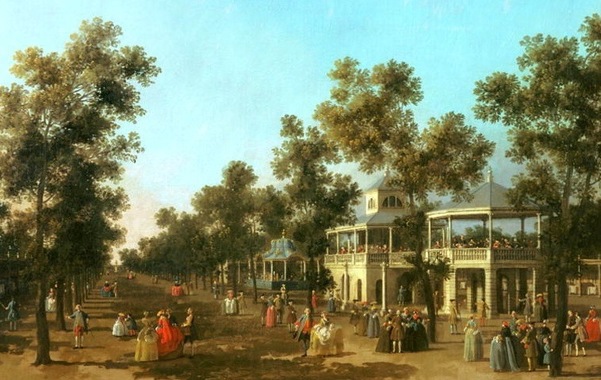 Grand Walk, Vauxhall Gardens, ca 1751, by Canaletto
Later, Felix Byrne, a Jamaican musician who received some training in London, at first tried to start a school in Kingston, but, failing at that, set up a pleasure gardens, apparently on the model of the Vauxhall Gardens, which he had presumably visited when he was in England. Some time around 1802-4 Byrne opened Harmony Hall Gardens, with flower-bordered walkways, a smoking room, four vocal performances each evening, and 'adequate' refreshments. Subscribers received a pearl or silver ticket, for themselves and their families. Although reports suggest that the facility did not prove a success, John Stewart mentioned 'Harmony-hall gardens' in An Account of Jamaica: And Its Inhabitants, in 1808. Wright suggests the property was auctioned off - or perhaps only the furnishings and fittings, since a Felix Bryan [?Byrne] is mentioned in 1897 as the owner of the property before Mico acquired it.

as a Roman Catholic chapel

Although there were Roman Catholics in Jamaica in the 18th century, no priests had been allowed to serve in the island after 1705. However, in 1791, the removal of old restrictions on Roman Catholics in England, was favourable to a request from Spaniards living in Jamaica to be able to have a priest of their religion in the island. The arrival of emigrants from the revolution in Haiti added to the need for such a priest. In the following years several priests arrived in the island at various times and a chapel was established on West Street; known as the Spanish Chapel it was also attended by the Haitians. In his book, Father Osborne gives a detailed account of the controversies within the Catholic community in the later 1790s, which led to the establishment of a second chapel, by a priest from Haiti, William Le Cun, O.P., on High Holburn Street, at Jasper Hall. The removal took place in November, 1799, but other priests continued to make use of the old Spanish Chapel, and the squabbles among the priests continued for several years into the new century, virtually until the death of Le Cun in October 1807.
At some date, not clearly indicated, Le Cun had moved his chapel from Jasper Hall to Harmony Hall:
for further information:
History of the Catholic Church in Jamaica, Francis J. Osborne - 1977
William Le Cun died at Harmony Hall in October 1807, but no further information is provided on the buildings on Hanover Street. By 1811 Holy Trinity had been built on the corner of Duke and Sutton Streets as the centre for the Roman Catholic community in Kingston.


Perhaps someone can fill in the gap between the sale of Harmony Hall in 1807 and its acquisition as the location for 'the Mico' in the mid-1830s? 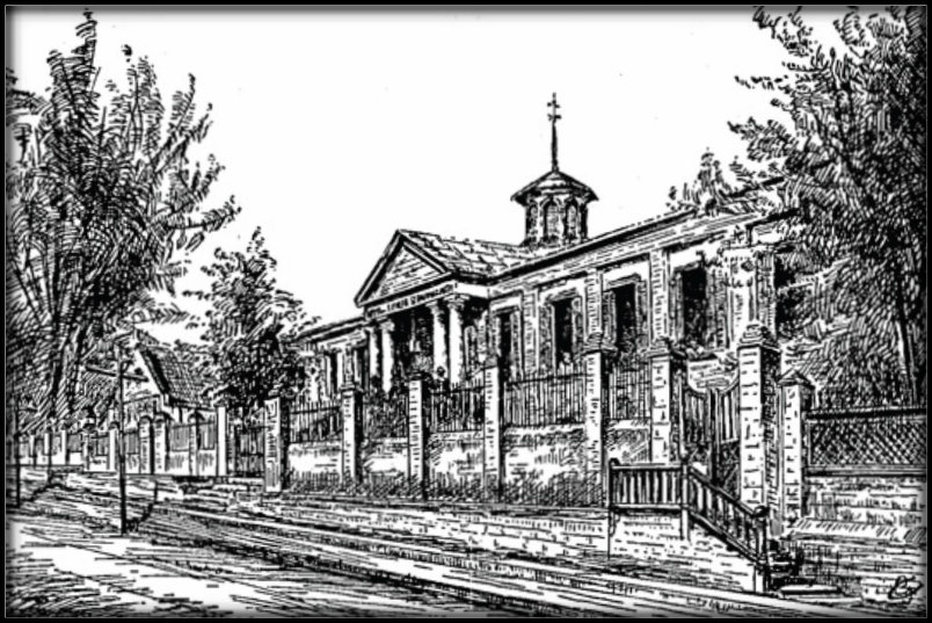 the old Mico Institution, Hanover Street, Kingston
[note: Frank Cundall wrote '. . . the house to the north of the old "Mico" in Hanover street, once called "Harmony Hall." ' I do not imagine the main building in this drawing was Harmony Hall, but the building glimpsed 'to the north' of it looks too small for such an impressive house. This picture does not appear to tell us anything about the original edifice.]

'The institution was located on a property by the name of Harmony Hall.'
Jamaica: Development of Teacher Training Through the Agency of the Lady Mico Charity from 1835 to 1914
Vincent D'Oyley, 1964

The defined area on the east side of Hanover Street, as shown on the section of the Hay's 1745 plan of Kingston, and the application for the registration of title in 1897, show clearly the location of Harmony Hall and Harmony Hall Gardens, as well as the Old Mico. 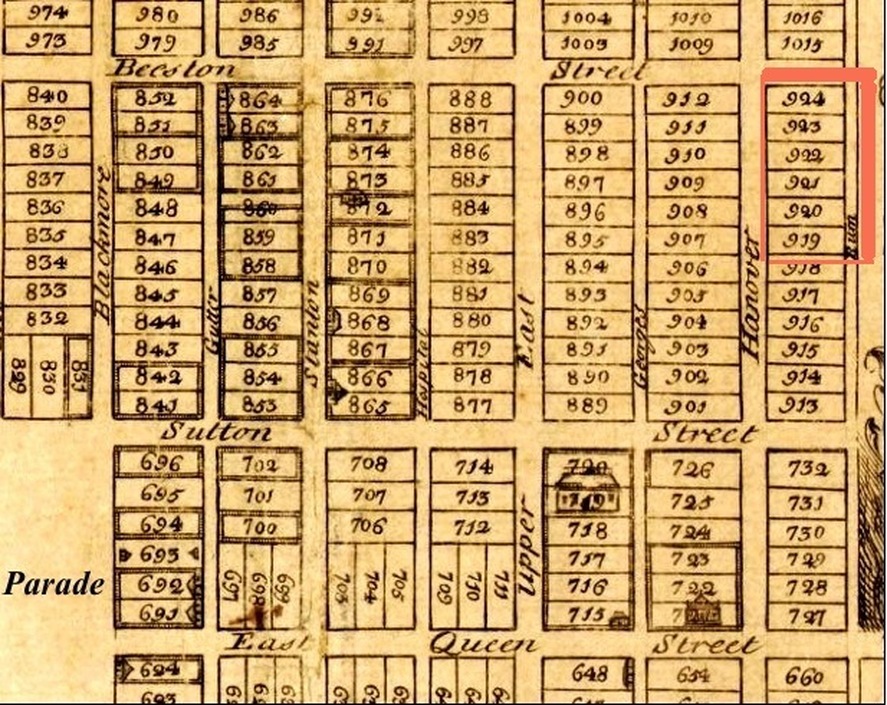