Jamaica's history - always something new to find out!
This seems to be Joseph Nic[h]olson's birth certificate for September 30, 1890. The Nicholsons did not put Christian names on any of their children's birth certificates, and there seems to be some disagreement about the actual date of birth (Joseph later gives it as October 2 1890) - a fairly common occurrence on birth records!.

The first permanent record of Joseph Nic[h]olson's career that I have so far found is on the Ellis Island record of his arrival in New York from Kingston on October 1, 1916. The first page confirms that Joseph's father was James Nicolson of Manchester, Jamaica. The second page confirms that he was on his way to Howard University, was Black, and was 6ft 3 1/2ins tall, the original height of 5ft 8ins being over-written!! Unfortunately the copies of those pages are not very legible! 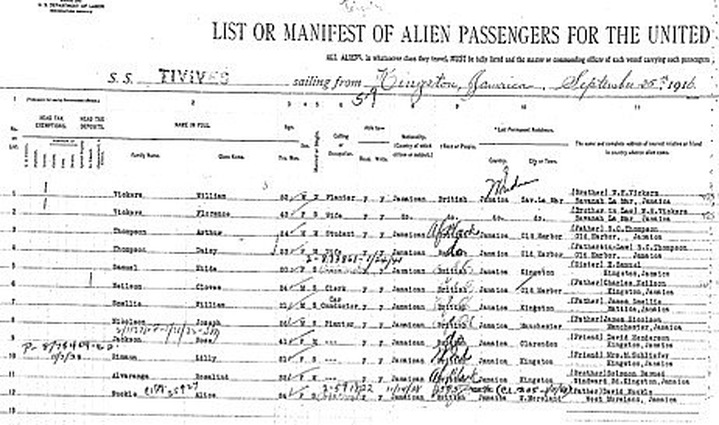 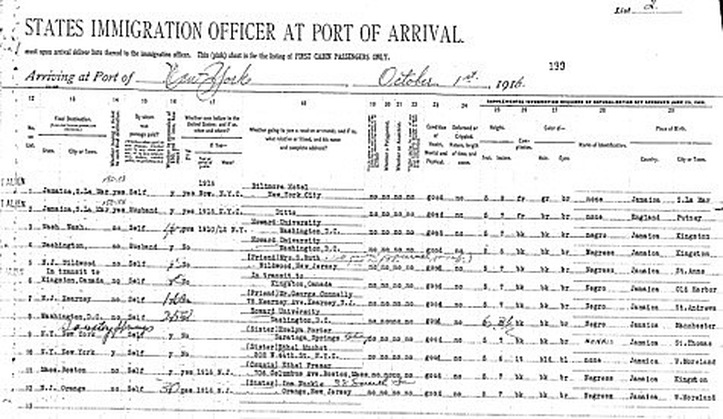 An elder brother, Edwin, had already been to Howard, and graduated in 1915 - later he apparently moved to Trinidad, but I have not yet seen any further references to his career.
For some years the Dental Department at Howard put out a publication, 'The Dentoscope'; the extract below comes from an issue that contained a great deal about Dr Nicolson - an article about him, of which I have been able to find the first sentences on-line, and an article by him, of which I have only found the first sentence. I hope that I will be able to contact the Archives at Howard, and get access to the whole issue.
The Dentoscope - Volumes 13-21 - 1934
Page 34
WHO'S WHO IN OUR FACULTY
DR. JOSEPH H. NICOLSON

This is the only substantial reference to Dr Joseph H. Nicholson that I have found to date in the Gleaner archive, but it is pretty impressive! 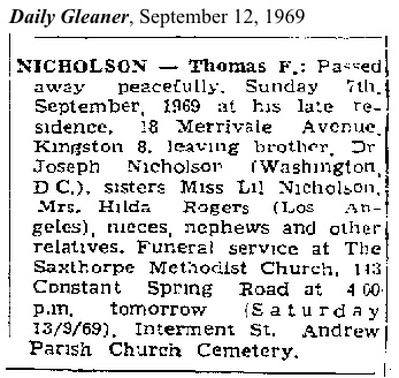 notice of the death of his brother Thomas
still trying to find an obituary, or other record of Dr Nicholson's death.