'. . . Mr. Murray's great power in delineating character, and the exceeding humour with which he relates local anecdotes and the more comic incidents of his narratives'

The rising son: or, The antecedents and advancement of the colored race
William Wells Brown, writing in the U.S.A. 1874:
Henry G. Murray
To be able to tell a story, and tell it well, is a gift, and not an acquirement; a gift that one may well be proud of. The gentleman whose name heads this sketch, left his sunny home in the Island of Jamaica, last autumn, and paid a flying visit to our country. We had heard of Mr. Murray as the able editor of the leading newspaper in Kingston, and, therefore, he was not an entire stranger to us.
But his great powers as a lecturer, we were ignorant of. With a number of friends, we went one evening to listen to a lecture on "Life among the Lowly in Jamaica." The speaker for the occasion was Henry G. Murray,  who soon began his subject. He was a man of fine personal appearance, a little inclined to corpulency, large, electric eyes, smiling countenance beaming with intelligence, and wearing the air of a well-bred gentleman.
He commenced in a calm, cool, moderate manner, and did not depart from it during the evening. Mr. Murray's style is true to nature, and the stories which he gave with matchless skill, convulsed every one with laughter. He evinced talent for both tragic and comic representation, rarely combined. His ludicrous stories, graphically told, kept every face on a grin from the commencement to the end. For pathos, genius,  inimitable humor, and pungent wit, we have never seen his equal. He possesses the true vivida vis of eloquence. Mr. Murray is a man of  learning, accomplishment, and taste, and will be warmly welcomed   whenever he visits us again.

[There are no pictures of any of the Murrays, so this description of H. G. Murray is very valuable!] 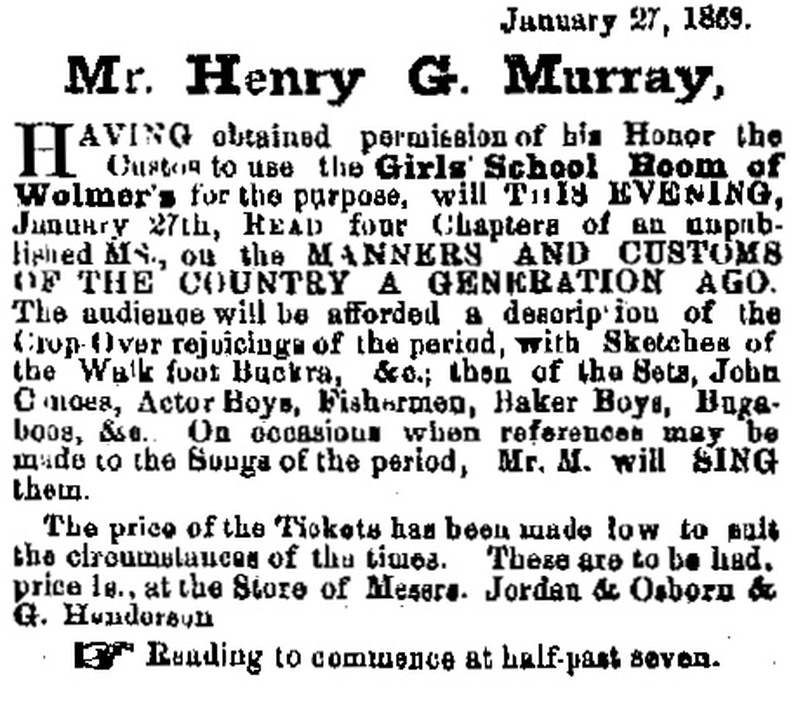 Final days, and the Gleaner's obituary:

-- -- --
It is sad to think that the death of a brother Journalist, noticed elsewhere, leaves a wife and a large family, compromising several young children, in a state of absolute poverty, to put the matter in delicate terms.  The long, severe and lingering illness of Mr. Henry Garland Murray deprived him of the ability to provide for those dear ones whom he has left behind.  We appealed to a generous and kind-hearted community on behalf of the widowed mother and fatherless children.  Knowing, as we do, that this appeal will not be made in vain, we venture to make it, and may the Father of the fatherless and the God of the widow, multiply abundantly the substance of those who may contribute as they are able to the fund which it is proposed to raise for the help of those who have lost their natural helper and protector. Subscriptions to the Murray Fund will be received at the Office of the Gleaner and by Mr. B. Mortimer Dias, at Portland House, 58, Harbour St.
Daily Gleaner, Tuesday, January 31, 1877 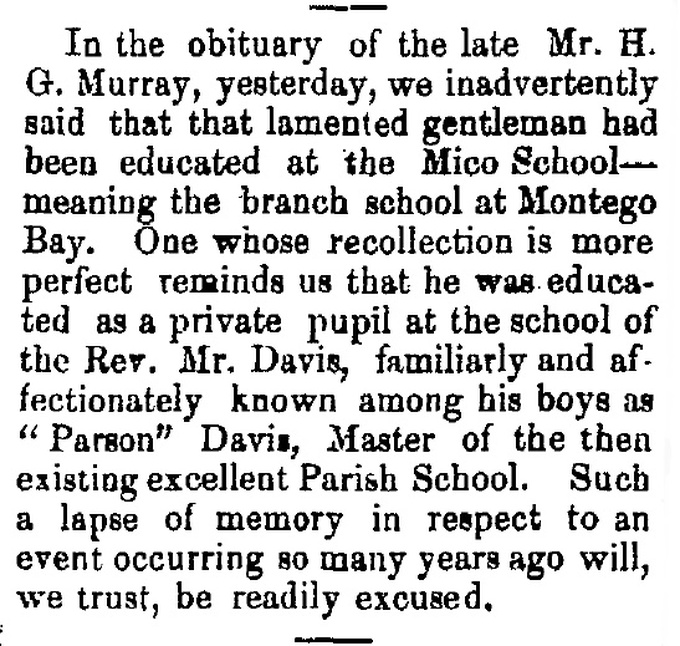 Daily Gleaner, May 6, 1881
Died
In this city on the 2nd inst., Caroline, widow of the late Henry Garland Murray, in the 52nd year of her age.
Attributed to Henry Garland Murray in an article - 'Creole Folklore from Jamaica' by William C. Bates, in the Journal of American Folklore, April-June, 1896 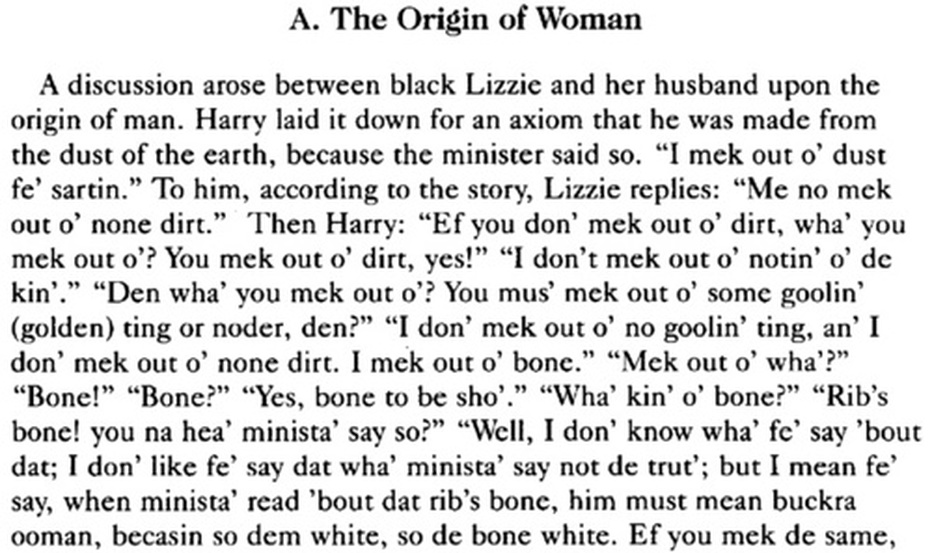 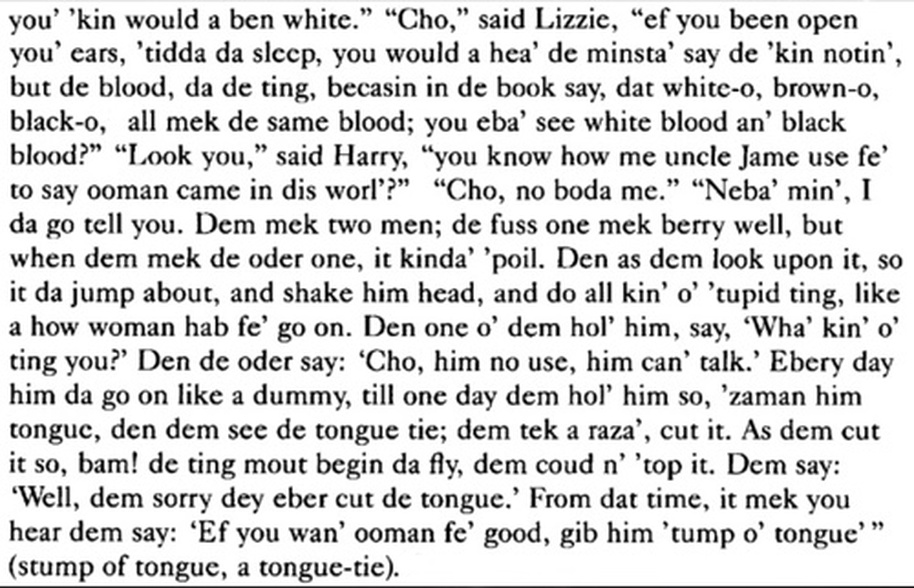