May 24th was celebrated in Jamaica for about a hundred years, and very possibly longer. At first it was celebrated as the birthday of the reigning monarch, as had been done for earlier monarchs, then, after the death of Queen Victoria, in 1901, it was celebrated as Victoria Day in her memory, while about the same time it also became known as  Empire Day. Jamaica continued to celebrate Victoria/Empire Day until 1960.

The earliest reference I have found so far to the observance of Queen Victoria's birthday as a public holiday is this in the Gleaner:
'TUESDAY, MAY 24, 1870
In our morning issue yesterday, we announced that as this would be the anniversary of the birth of the Queen, it would be observed as a holiday in all departments of the public service and at the Colonial Bank.'

I keep looking for earlier references!
Daily Gleaner, May 27, 1872
Opening of the New Market
The ceremonial of opening to the public the magnificent New Market at the foot of King Street, on the seaboard, terminating with a public landing place, took place by arrangement, on Friday last, the 24th of May, the day, the anniversary of the Queen's nativity, being considered appropriate for the occasion.

[to be continued]
The party then rose and the festivities were brought to a close. The day will long be remembered as one of universal rejoicing, where thousands of all classes were brought together, and there was not an occurrence, not an expression to mar the general harmony. It passed off in a manner that reflects a lasting credit upon the people at large.
Click HERE for the Gleaner, May 27, 1872, full account of opening of the Victoria Market 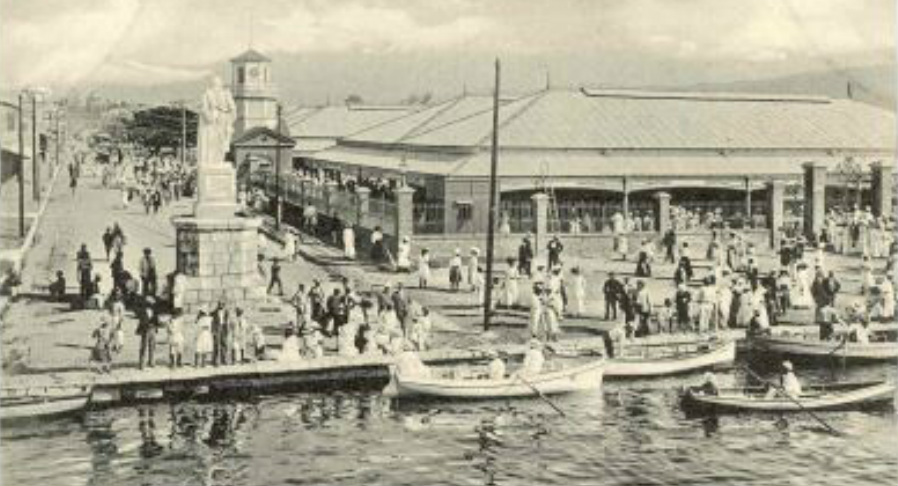 'The market was first opened to the public on the 24th May, 1872, when the Governor Sir John Peter Grant, named it "The Victoria Market".'

Daily Gleaner, July 3, 1903
EMPIRE DAY.
The movement to establish May 24, the date of the late Queen's birthday, as Empire Day has taken wide hold throughout the Colonies. 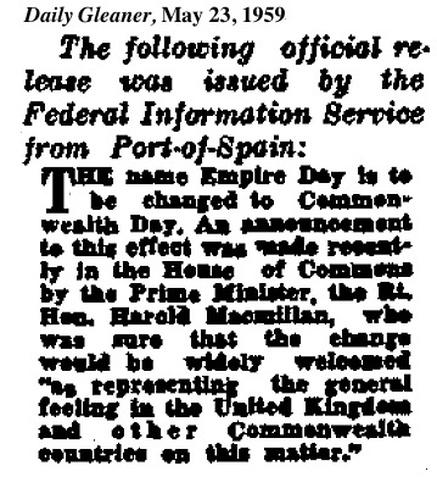 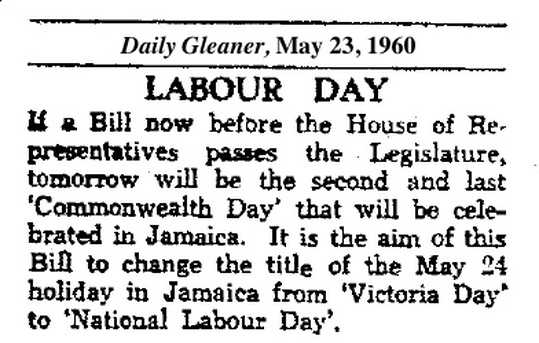 Daily Gleaner, Sunday, May 29, 1960
ON TUESDAY, last week, [May 24] Jamaica's political parties came out in strength in the city to celebrate this island's peculiar Labour Day. Happily the two columns of marchers offered no obstructions to each other and Mr. Manley and his PNP supporters, Sir Alexander and his JLP supporters disported themselves through the streets of Kingston in a mood which can only be described as happy.
That the marches were taking place on what is unofficially Commonwealth Day (officially Victoria or Empire Day) meant nothing to those who participated in them; May 24 in Jamaica is National Labour Day and next year when the PNP-NWU and the JLP-BITU march through the city again they will indeed be celebrating just that for by then May 24 will be officially "National Labour Day" in the terms of a bill which is now before the Legislature. 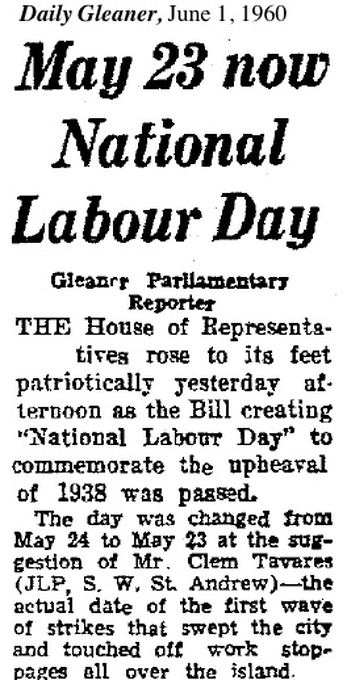 On the same day, May 31, 1960, Norman Manley announced the referendum in which the people of Jamaica would decide if their country should remain within the West Indies Federation, or not.