Jamaica's history - always something new to find out!
BACK

Daily Gleaner, December 22, 1900
How Christmas Was Spent One Hundred Years Ago
We have elsewhere described briefly how Christmas is spent now in Jamaica, and we will here glance back at the past, and see how it was spent 100 years ago.
At that time the season was celebrated with more expense and greater festivity than now. Three days holidays were allowed for Christmas and New Year's celebrations, and the principal forms of amusement in vogue were the John Canoe processions, and the dancing of the "set" girls. The finest dresses were reserved for these days, and no expense was spared in displaying the show to the greatest advantage.
"JOHN CANOEING"
This form of amusement was divided into two classes, "Jaw Bone" or "House John Canoe", and the "Koo Koo" or "Actor Boy John Canoe."

There were two rival factions among these dancers. They were reds and blues. The title was derived from the fact that an Admiral of the Red was once superseded on this station by an Admiral of the Blue, and both of them according to Monk Lewis gave balls at Kingston to the brown girls. In consequence of these balls all Kingston became divided into parties; from thence the division spread into the country and from that time until not too long ago the whole island at Christmas had the red and blue set dancers. The processions were got up with the greatest taste and magnificence. All their dresses corresponded in colour, those of the Queen and 'Maama' differing only in the superior texture of the material used and the display of jewellery was immense. Thus gaily attired they would sally forth at about ten or eleven o'clock in the morning in the following order -- 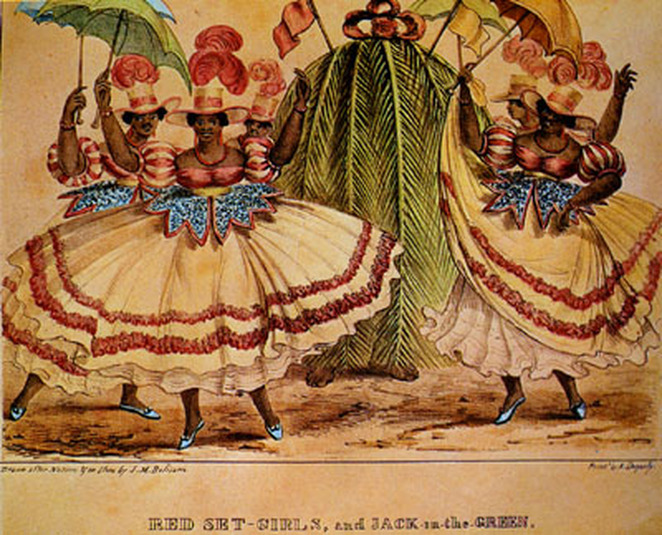 Four Grand masters to protect the set in front. On each side an Adjutant bearing a flag. Then, in the first row would be the hand drum, the leader of the chorus, a tambourine player, a violinist and the 'Queen'. Next to her a triangle beater, a tambourine player, the 'Maam' and a hand drum. Set girls in equal numbers in rear of the Adjutants with the "Commodore" in the centre and Jack in the Green bringing up the rear. In this order they would parade the town, with little intermission till night, when they would be invited to private houses to sing. Refreshments and a gratuity was then presented to them by the families entertained and they retired to repeat the same thing elsewhere. Their songs were for the most part in burlesque of some custom or person and afforded no end of amusements. 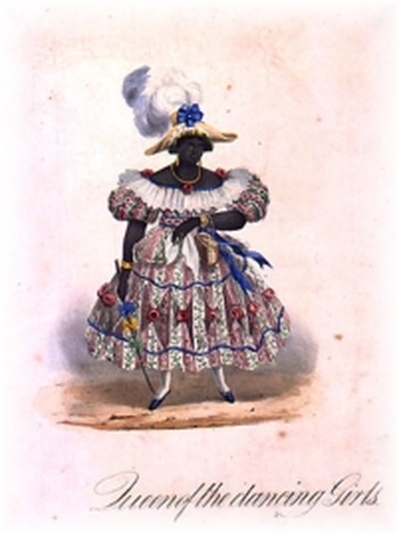 The revels of these "Sets" and John Canoes would last the entire three days after which the costumes and other things were laid inside for another festive occasion and the merry makers would resume their unhappy toil. Such in brief was the manner in which the festive season was celebrated 100 years ago. 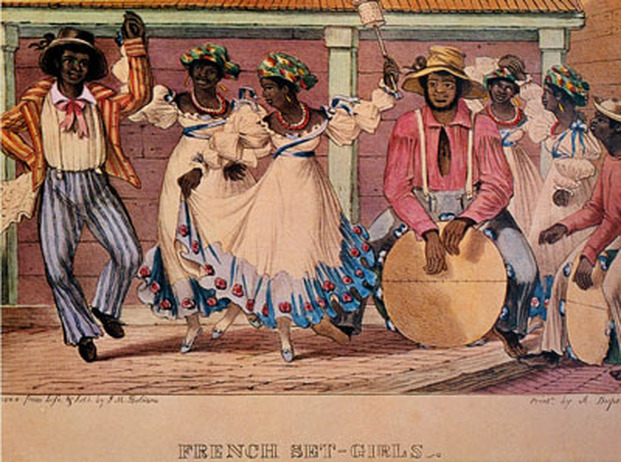