This is just a start!! 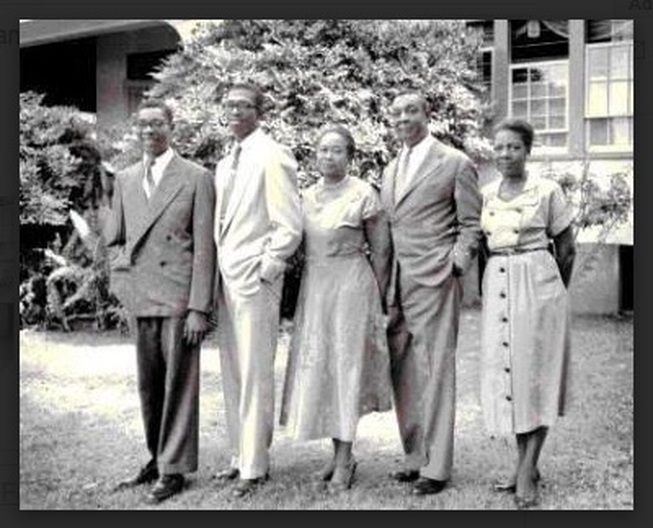 Oswald, Neville, Ivy, Jim, Marion.
​
Daily Gleaner, September 1, 1966, Editorial.
'It was the balance of seriousness and gaiety in his temperament which gave him his special charm. His traits of character were strongly marked, and he would have lent himself to caricature but for this balance. It was connected, perhaps, as was his spirit of service, with his experience of comradeship in World War I. It is significant that he was interested not only in the Jamaica Legion but in that most curious social product of World War I, Toc H.

While he was specially outstanding in sporting activities, as an organizer of football for boys and a keen follower of cricket, his interests were wide, and his passion for music made it a special pleasure for him that his son showed special ability in that art. Moreover, he was always ready to play his part in social service: few have more exemplified in their lives the active spirit of good citizenship.'

School days, before World War I
Daily Gleaner, October 16, 1915
. . . Mr. James N. Russell, a son of Mr. Ernest Russell of Spanish Town.
Born in the Old Capital 21 years ago, Mr. Russell passed the earlier days of his educational career under the private tuition of Mr. J. B. Edwards,* and finally with the Rev. C. M. Buckley,# at Beckford and Smith's school, where he distinguished himself.
Of this young gentleman it may well be said that he "began at the beginning," having first commenced his soldier life by joining the Spanish Town No: l Troop of Boy Scouts.
Jim Russell had stories of their school days - for instance 'of the day when the Headmaster tried to get a boy, in pugilistic style, and missed. The whole school, he said, went up in an uproar and the Headmaster coolly took his seat in his chair, sent home for his tea, and they, the boys, did not get home until about 6:30.'
Daily Gleaner, July 7, 1933 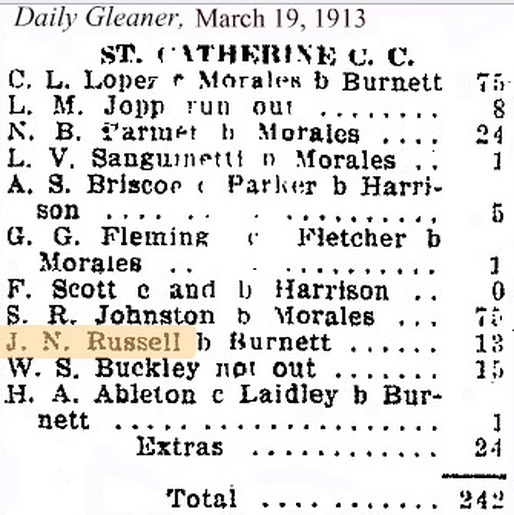 H A Ableton (1895-1978) was later famous as the comedian 'Tony' Ableton, partner of Ernest Cupidon, in the duo Cupes and Abes without whom no concert was a success in the 1920s and '30s. Like Jim Russell he was born in Spanish Town, attended Beckford and Smith's, and joined the B.W.I.R in World War I.
the 'Great War' > > >