The Collegiate School was the most important boys' secondary school in Jamaica during the period of its existence from 1853 to 1902.

﻿      During the second half of the 19th century, the most prominent and influential secondary high school for boys in Kingston, and indeed Jamaica, was one that most Jamaicans have never heard of: even academic works on the history of Jamaican education do not mention it. This is, perhaps, not really surprising, since, when the school petered out in the early 20th century, it apparently left no records, and no successor. Virtually the only records of its history are in the contemporary newspapers. Nevertheless, the Collegiate School educated a majority of the men, of all colours, who became prominent in Jamaican life well into the first half of the 20th century.

The only major school in Kingston which provided secondary education for boys in the 1850s was Wolmer's, which had apparently given up the teaching of Greek and Latin as irrelevant to local students. Wolmer's became almost entirely an elementary school from 1867, until the reorganisation by the Schools' Commission in the 1890s. Until the Jamaica High School was moved from Walton Pen in St Ann into Kingston in the 1880s, St George's, where the pupils were mostly Roman Catholic, and  the Collegiate School, founded in 1853, were the only schools offering a secondary and classical education for boys in the city.
The Editor of the Colonial Standard was inspired, in 1850, to write on education in Jamaica, by the establishment of a secondary school for boys by a group of Jesuit exiles from Columbia. The start of the St George's College in September 1850 stimulated some very hostile reactions, inspired in part by a long tradition of fear of Jesuit activities among Protestants.
There was also protest from schoolmasters in Kingston, especially Nathaniel Melhado and Solomon Meyers both of whom claimed to offer a classical curriculum in their schools.
The Editor was not impressed:
Colonial Standard, September 4, 1850
'In spite of Mr Nathaniel Melhado's continental education and Mr Solomon Meyer's sententious laudation, we maintain that up to the present hour it has been impossible for any gentleman to give his child a 'finished classical education' in Jamaica.
If Mr Meyers wishes to know what we mean by a 'finished education,' we may say  that we mean a knowledge of the upper walks of Greek and Latin literature. We should like to see a child who has been turned out of either seminary who could take his stand in an upper form at Eton or Harrow, or who could take his 'little go' at either University.'
['little go' - The examination held in the Cambridge University in the second year of residence. Called also “the previous examination,” because it precedes by a year the examination for a degree. In Oxford the corresponding examination is called The Smalls. bartleby.com]

﻿       Accounts of the development of secondary education in the Anglophone/British Caribbean in the second half of the 19th century refer to the establishment of new secondary schools - in British Guiana, Queen's College; in Trinidad, Queen's Collegiate School; Barbados, the Lodge School. These schools were in many respects parallel to the Collegiate School in Jamaica, except that they were supported by the colonial governments; but the latter is not dealt with by those who have written on education in this period, leaving, perhaps, a perception that Jamaica fell behind the other territories in this respect. The history of the Collegiate School shows that the same sorts of issues arose in Jamaica as elsewhere, and also that the men involved with the school played a much wider role on the educational scene in the island than merely teaching at Collegiate.
One issue of particular interest is the impact on education in Jamaica of the tradition of Scottish pedagogy which the principals of the Collegiate represented, along with other leading educators in the island; I do not think that this Scottish influence has been dealt with in any depth anywhere. 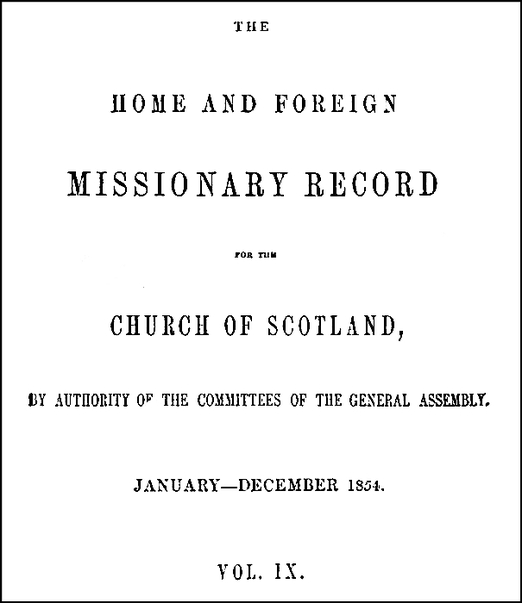 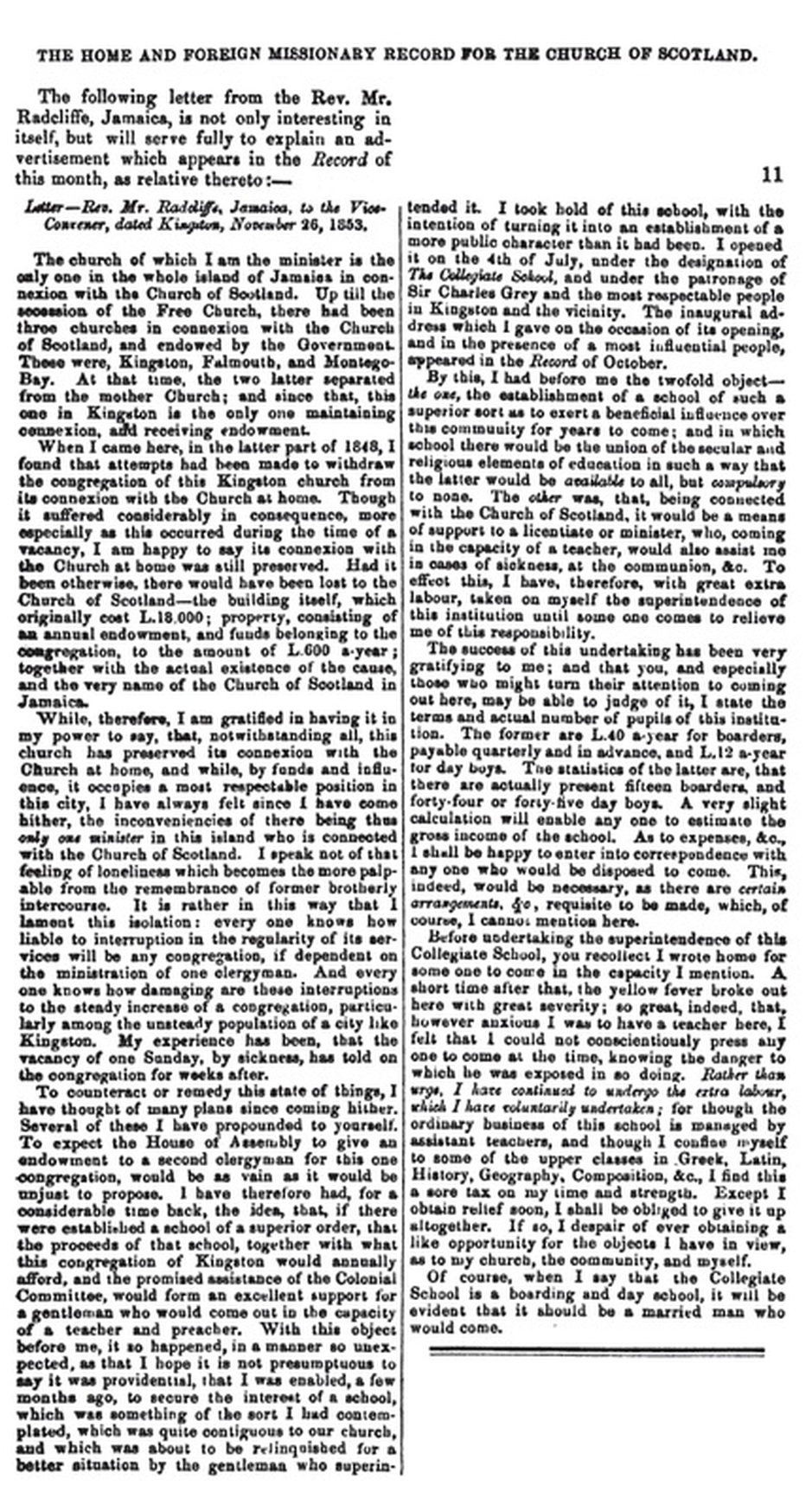