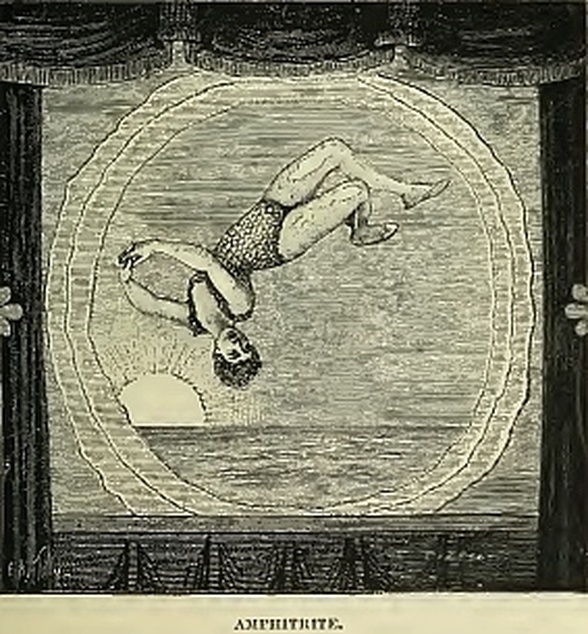 Daily Gleaner, January 9, 1920
Constance Hollar, remembering visiting the Exhibition, when she was eleven years old -
'There was a mysterious side show in a darkened room. This was known as the "Amphitrite." A wonderful lady in green, appeared in a silver ball of light and did many strange  feats. At last she stood on her head, threw kisses to us and dived into space. I believe the whole trick was worked by mirrors.'

Back in 1991 I put on an exhibition, prepared by the students, in the library at Wolmer's Girls School, to commemorate the 100th anniversary of the Jamaican International Exhibition of 1891, which was located on the site where the Wolmer's Schools were relocated after the 1907 earthquake. Carey Robinson did a programme on the exhibition, and I remember that he was, like me, puzzled as to the nature of the 'Amphitrite'; he knew that his grandmother had visited the 1891 Exhibition. I never came across any information about the 'Amphitrite' over the years, so it was quite exciting to come across this piece by Constance Hollar (in a file already on my computer!) a few days ago, and then to find online (at archive.org) this great book from 1897, explaining all the illusions and magic that the Victorians used!

modern examples of this type of illusion -

'One of the illusions in the show is "Amphitrite" a Victorian optical variation of Pepper's Ghost that has not been seen for many decades.' 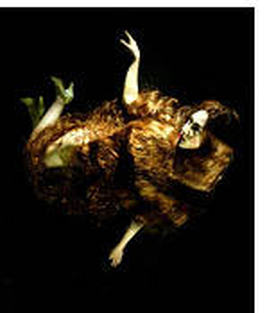 Marisa Carnesky floating in the air in the Amphitrite illusion
﻿﻿Carnesky's Ghost Train﻿﻿​​​​ - a hybrid of fairground ride, magic show and live performance - the show is set to run for the next two weeks by The Old Truman's Brewery, Brick Lane - nearest tube Aldgate East. August 2004.