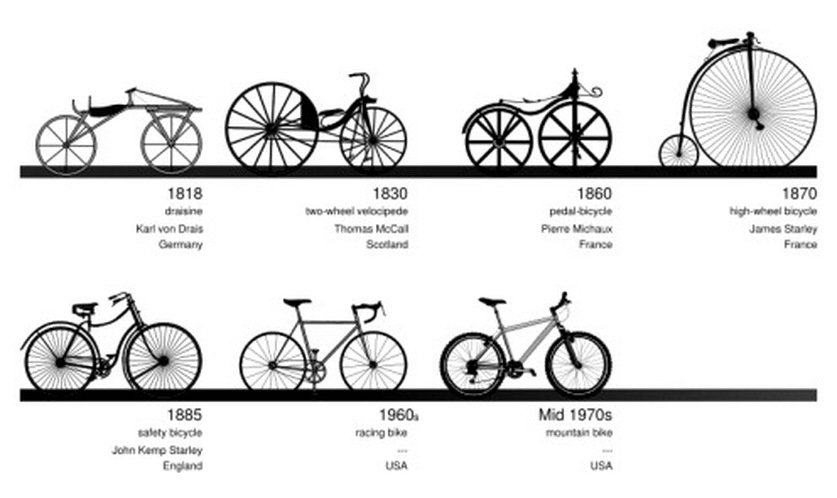 earlier history of bicycles in Jamaica >>>
By the 1890s Jamaica had already had three decades of experience with bicycles of various kinds. In the '90s the safety bicycle, the direct ancestor of bicycles to the present day, became increasingly popular and useful. I had already noted C. P. Lazarus' involvement with bicycles, but I am still not entirely clear as to the extent of that involvement - the problem is the reference to Alfred Constantine Lazarus in connection with Cephas Whitney in the documentation of a patent for a bicycle gear system. Whitney was an American dentist who was in Jamaica through the '90s, and became prominent in the growing cycling movement in the island. The first advertisement for the Whitney-Lazarus cycle business clearly mentions C. P. Lazarus, but in the later adverts it is not clear which Lazarus is involved - could it be A. C. Lazarus? So far  I have found birth and death records for Alfred Constantine, but no indication of his relationship, if any, to Charles Philip - and no other references to him, beyond the patent documents. Does anyone know anything more about A. C. Lazarus - born 1862, died 1906?

The Whitney-Lazarus Jamaica Cycle Co. lasted from the summer of 1897 to the summer of 1899, when it disappeared, so far as I can discover, without a trace. I can only hope I will find something in the future about its fate - and about the identity of Alfred Constantine Lazarus, draughtsman, as he was described on his death certificate in 1906. 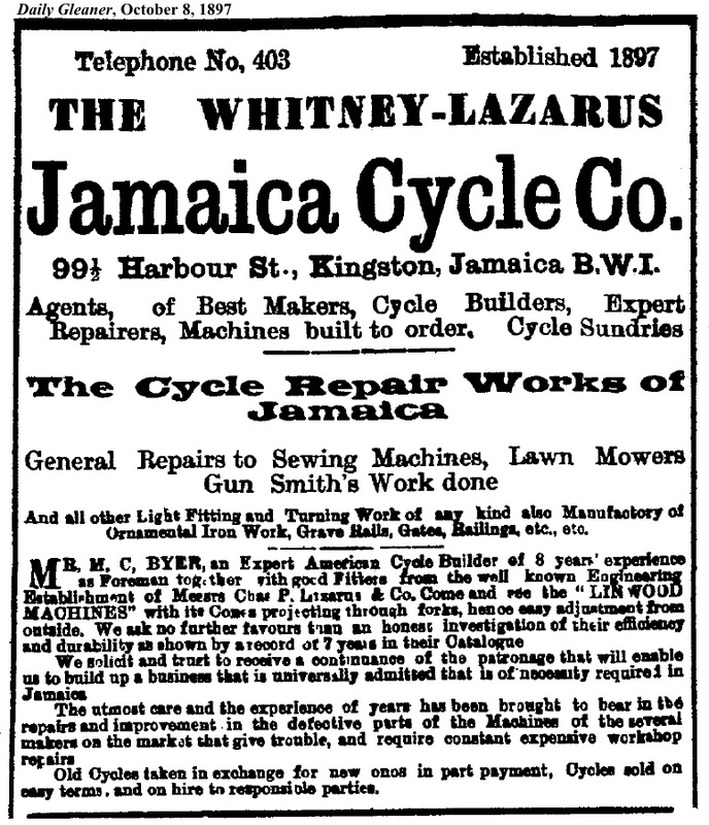 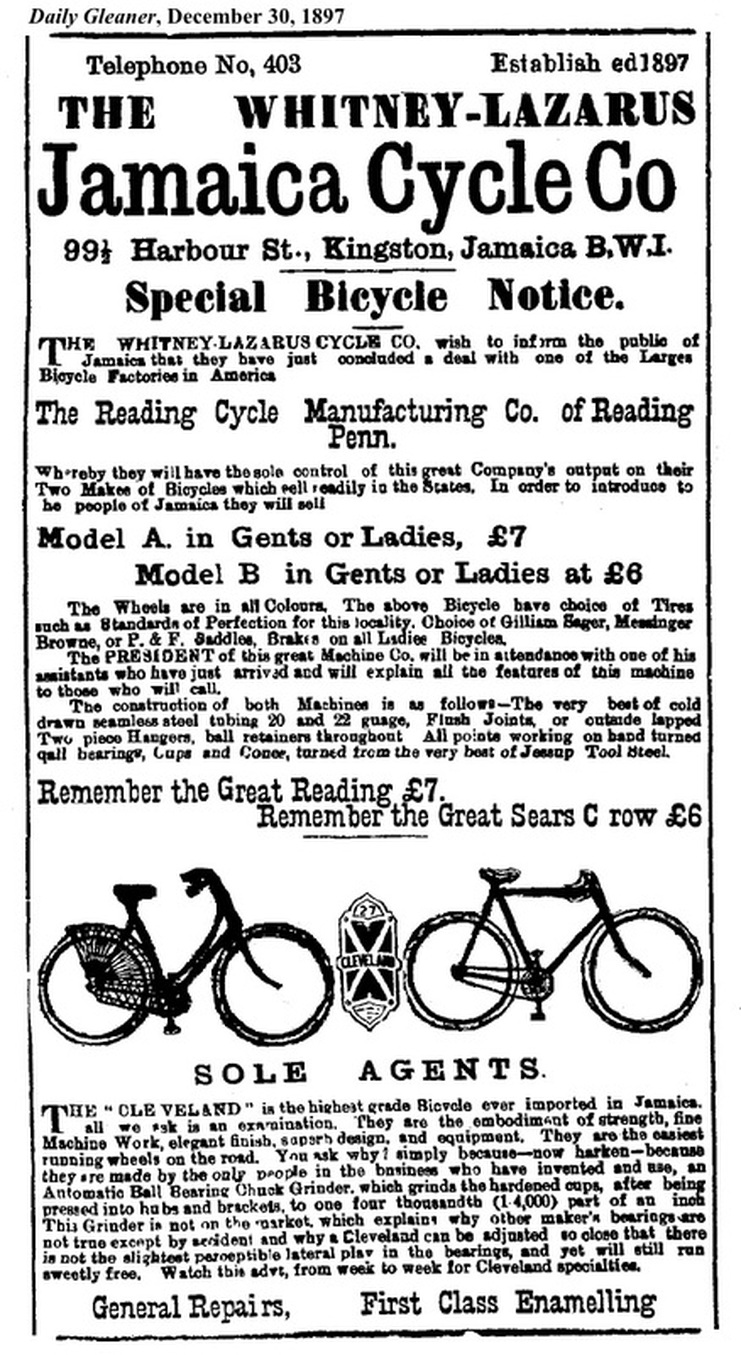 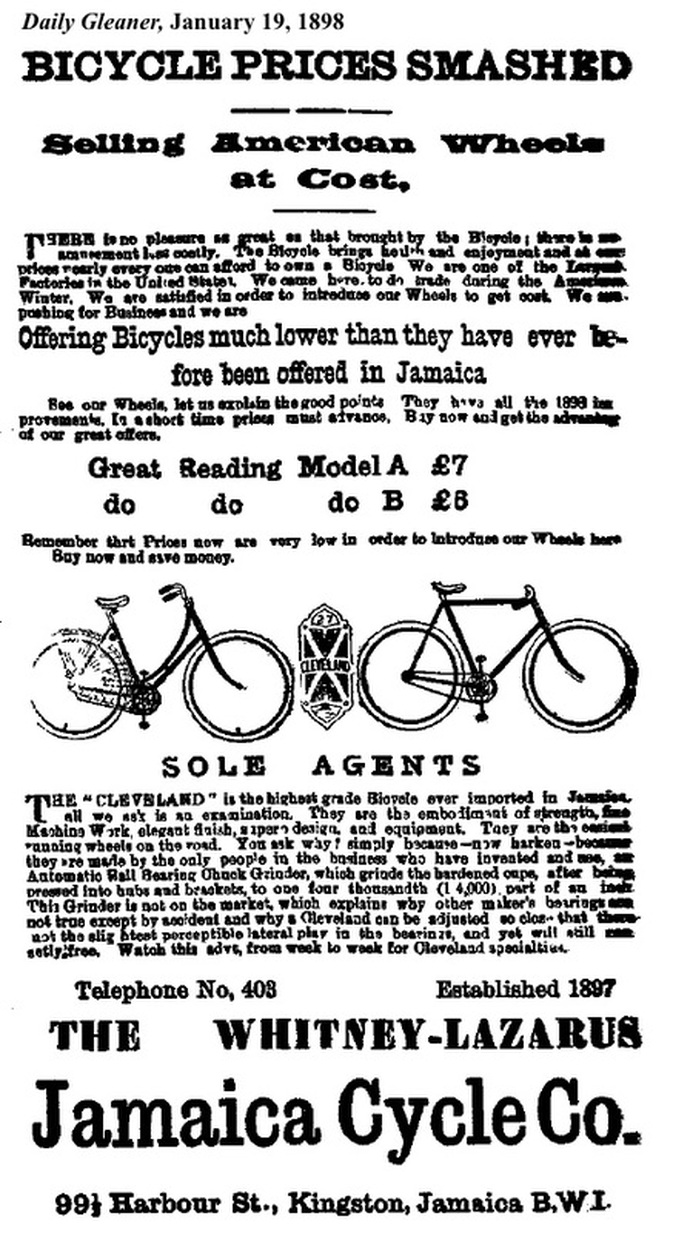 In 1899 Cephas Whitney and Alfred Constantine Lazarus of Kingston, Jamaica, received a US patent for  a bicycle gear: 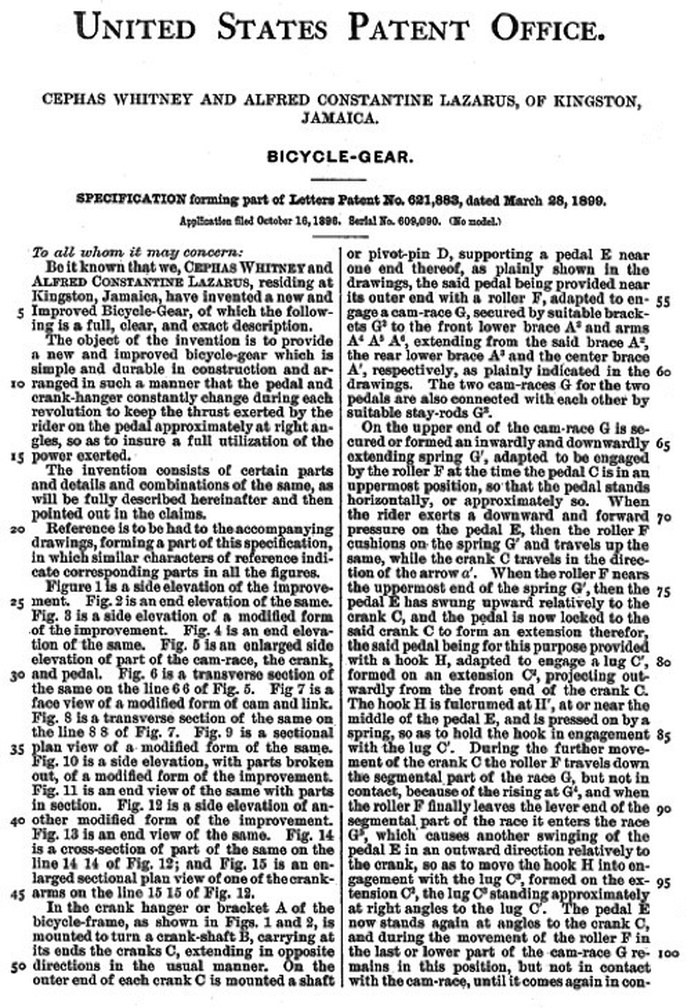 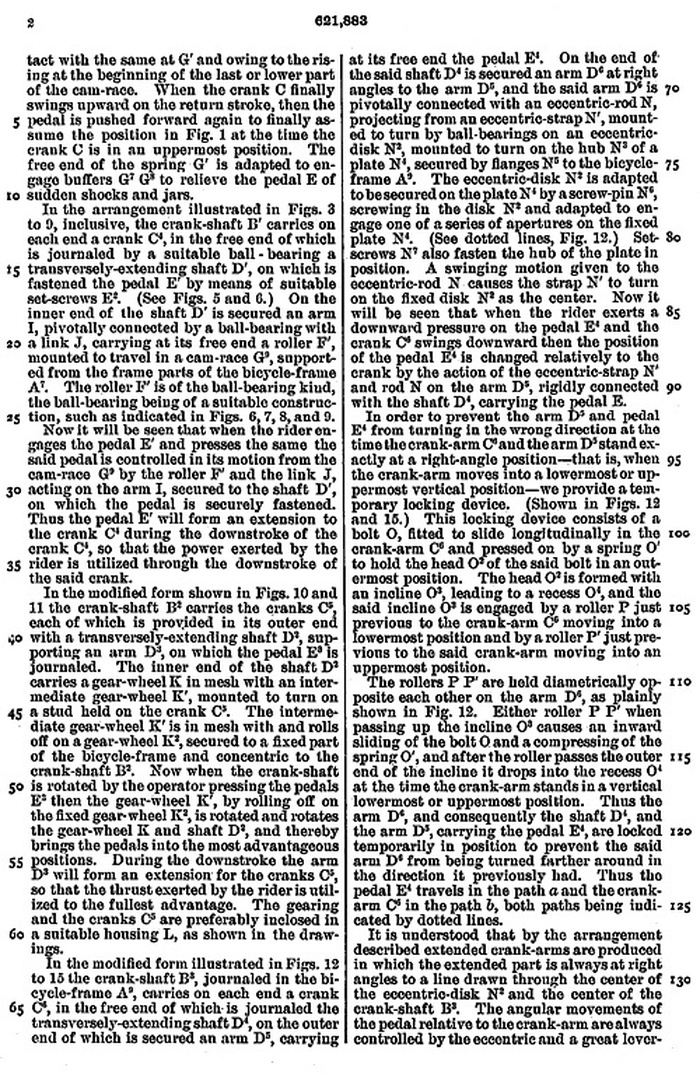 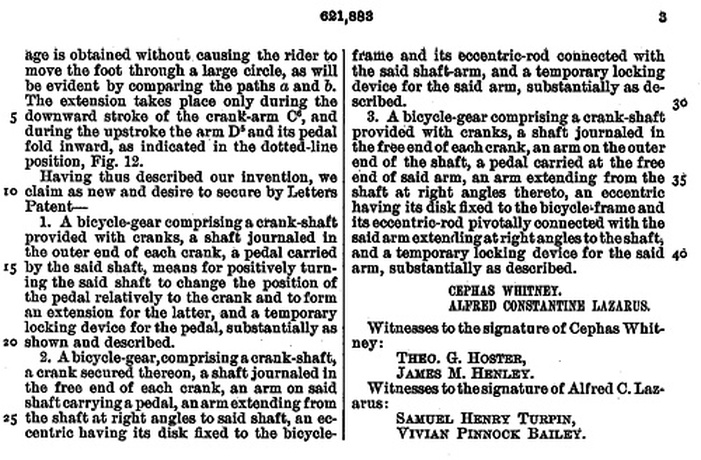 The patent was commented on in Jamaica in July 1899 - 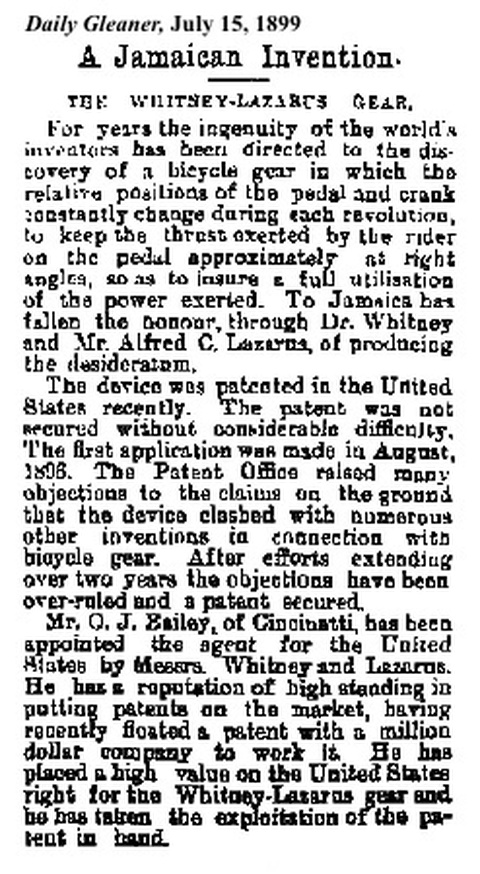 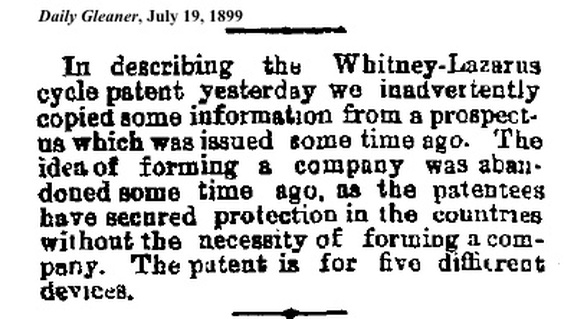 . . . . and then - nothing! No more advertisements for the Whitney-Lazarus Jamaica Cycle Co. at 99½ Harbour Street,  and nothing further about the patented bicycle gear. Whitney left Jamaica for British Guiana apparently in 1900 (he returned to Jamaica for some years in the 1930s) and A. C. Lazarus died in 1906. I wonder if anyone can add anything to this interesting story of a Jamaican business?