Eleanor Alberga was born in 1949, in Kingston, Jamaica, and began her musical career by learning the piano at the age of five. She later gained the only biennial West Indian Associated Board scholarship, which she took up at the Royal Academy of Music in London, where she studied classical piano and singing. At different times she has been a member of the Jamaican Folk Singers and an African dance company, and later Music Director of London Contemporary Dance Theatre, thus bringing a richly diverse musical background to her work.
She has established herself in the mainstream of British contemporary music and enjoys an international reputation as a composer. Her music has been performed by many leading orchestras, including the London Philharmonic, Royal Philharmonic, Bournemouth Sinfonietta, London Mozart Players and the Women's Philharmonic of San Francisco, with performances in countries as far afield as Australia and China.
Alberga is also an acclaimed pianist. Her performances as a pianist have included concerts at the Royal Albert Hall, the South Bank and at Covent Garden with the Orchestra of the Royal Opera. With her husband, the British violinist Thomas Bowes, she formed the very successful duo 'Double Exposure' - an ensemble committed to playing and commissioning new music. However, she has decided to give up performing as a pianist, in order to concentrate on her career as composer.
Among her many acclaimed projects is her adaptation of Roald Dahl's 'Snow White and the Seven Dwarfs', which received its premiere at the Royal Festival Hall in 1994. Her compositions encompass a wide range of solo and chamber music as well as orchestral works. 'Mythologies' - scored for large symphony orchestra - was premiered in June 2000 with Leonard Slatkin. Other recent compositions include two string quartets for the Maggini and Smith Quartets; 'Dancing with the Shadow' for Lontano and 'Glinting, Glancing Shards' for the Delta Saxophone Quartet. 'Market of the Dead', composed for the BBC Sound on Film series was broadcast in August 1999. Eleanor Alberga was the first composer to be commissioned for the inaugural Festival of Women in Music. She was also invited to participate in the prestigious Composer to Composer Festival in Colorado, USA, and was a featured composer at the Vale of Glamorgan Festival.
Current projects include a Violin Concerto, commissioned by Joseph Swenson and The Scottish Chamber Orchestra. Thomas Bowes joined the SCO as soloist, under the baton of Joseph Swensen, for the premiere in Nov 2001.
She has recently been awarded a Fellowship by NESTA - the National Endowment for Science, Technology and the Arts, which was set up by Act of Parliament in 1998 to support and promote talent, innovation and creativity in science, technology and the arts. This award will enable her to embark on a period of time which she can devote to further developing and experimenting with compositional techniques and ideas. The next few years will see the production of instrumental, vocal and orchestral works as well as an opera.

[written a decade ago] 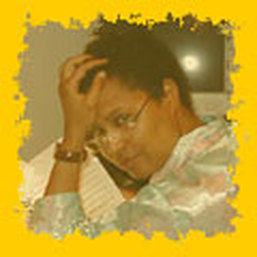