'Dandy', dengne, dengue - or was it really chikungunya?

‘It must be assumed that the chikungunya virus spread to the Caribbean with the African slave trade carrying along its Swahili name and was known locally by various homonyms. It was only after the 1828 outbreak in Cuba that the Spanish word “dengue” came into general use in the medical literature, continuing to this day. The term “dandy fever” — a homonym of “dyenga” with an apt meaning — was used in English colonies, from where it entered the English medical literature. There is no evidence that chikungunya was ever imported into the American hemisphere after 1827–28. Over time, the syndromic term originally applied to chikungunya illnesses came to be associated with those caused by the dengue viruses.’
Scott B. Halstead, 2008
​

﻿​THE CHURCH OF THE UNITED BRETHREN
[Moravians]

From Brother James Light.
Irwin, Feb. 6th, 1828.
My Dear Brother,
“YOUR welcome letter of November 7th should have been answered by the first packet this year, had I not been at the time confined with a severe attack of rheumatic fever, a disorder which appears to have been prevalent, not only in Jamaica, but also throughout the whole of the West Indies. It is said not to have been dangerous, though accompanied with much and acute suffering, and in many cases with lameness, caused by stiffness in the joints. In Kingston it obtained the name of the dandy fever; among the negroes it was denominated broke-wing, or broke-bone fever, as it deprived many for some days of the use of their limbs. The fever confined me ten days; my wife suffered from it yet more severely than myself. In her case it was accompanied with violent head-ache, and it eventually took an intermittent form, which still proves very troublesome.
​

page 213
​
63. Dandy Fever.
A most extraordinary epidemic, or influenza, under the above ludicrous name, has lately pervaded almost the whole of the West Indian Islands. Whenever it entered a house, no individual in that house escaped. The peculiarity of this epidemic consisted in the fever being always accompanied or succeeded by most severe rheumatic pains in various parts of the body, which threw the patients into such contortions, that the name of DANDY fever was applied to it. We believe that few deaths were occasioned by the epidemic, but an immense amount of suffering has been entailed on those who caught the influenza. We this day saw an officer who became affected with the fever two days after sailing from Jamaica. The fever lasted only two or three days, but the rheumatic pains, in various parts of his body and extremities, have continued to harrass him day and night, and are rather on the increase since he landed in England. The sheaths of the tendons of his hands have evidently experienced rheumatic inflammation, and effusions have taken place resembling irregularly shaped ganglions. We shall be anxious to have some details of this remarkable epidemic. That it was produced by some atmospheric impregnation there can be little or no doubt—and if so, it strongly supports the doctrine now advocated by Dr. Macculloch, that rheumatic as well as other fevers (not contagious) are the products of malaria.
​ 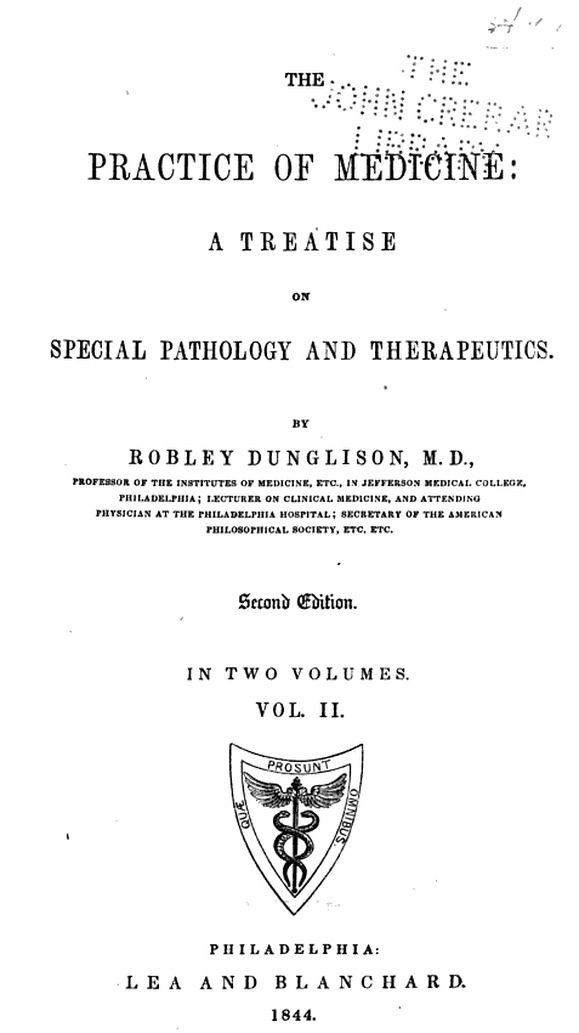 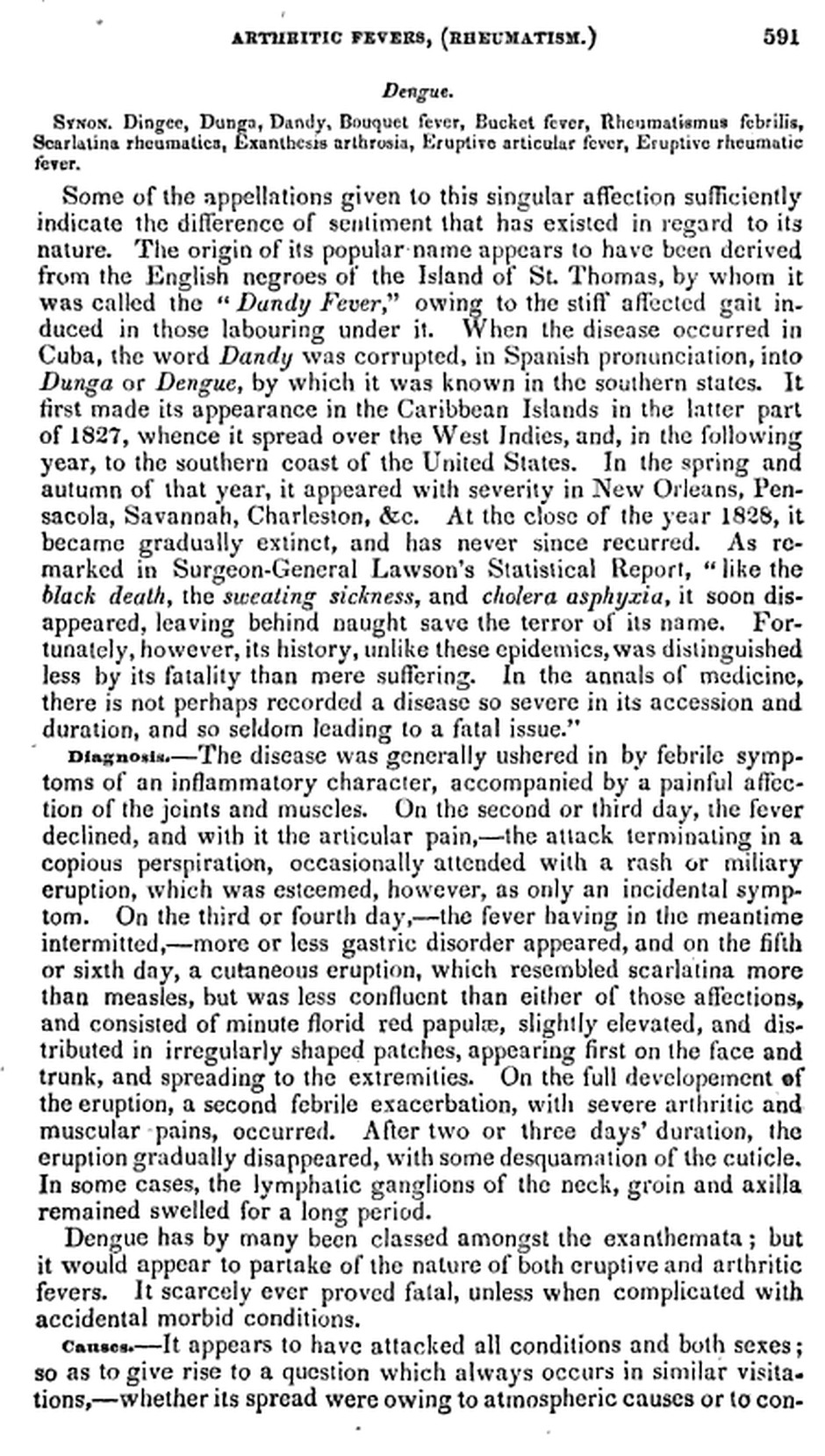 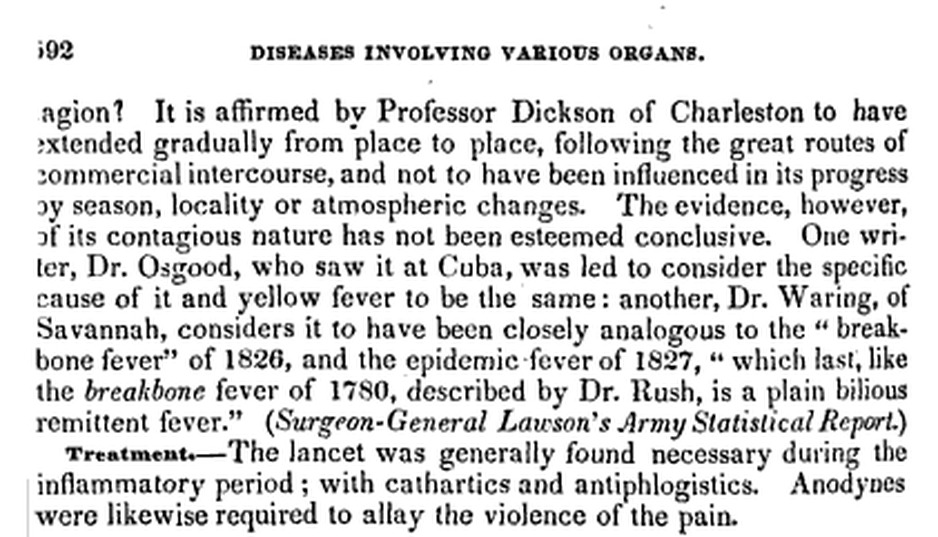 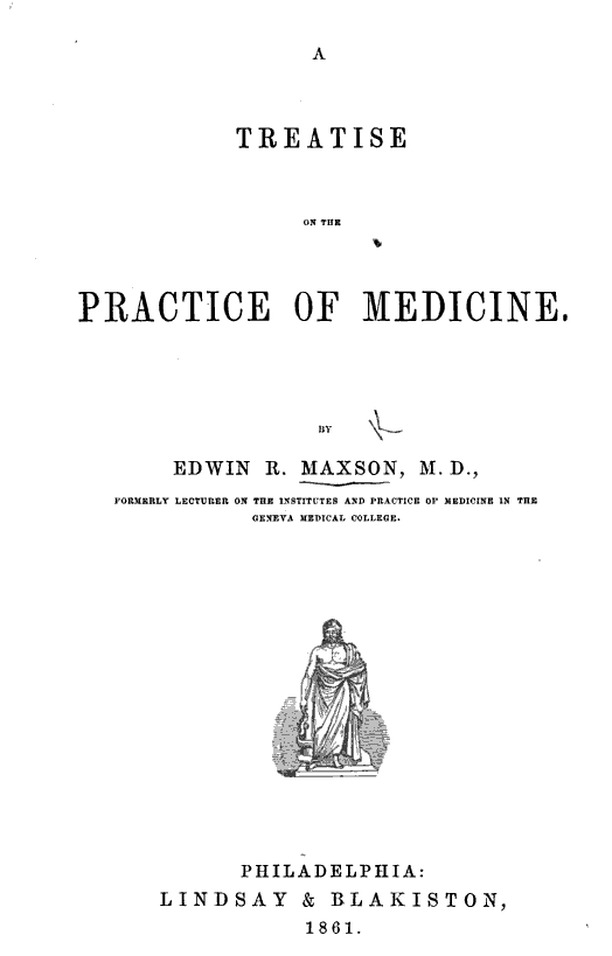 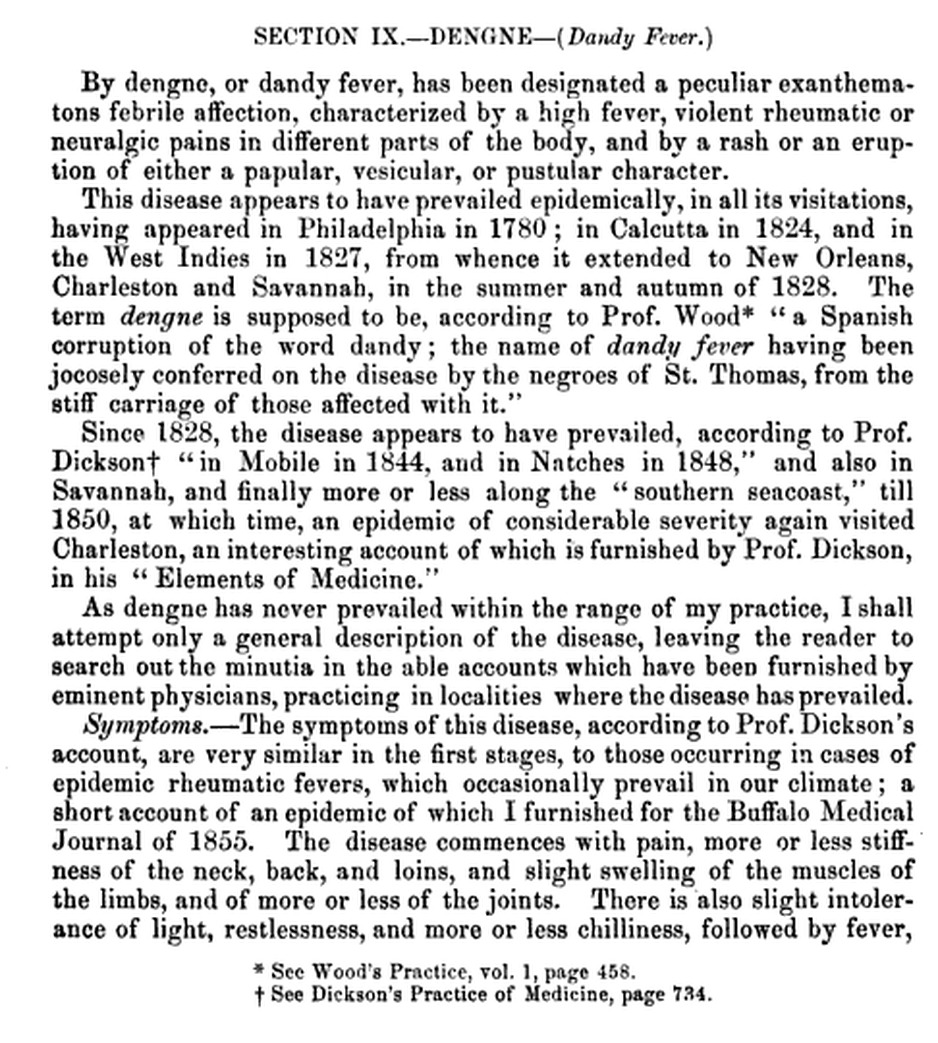 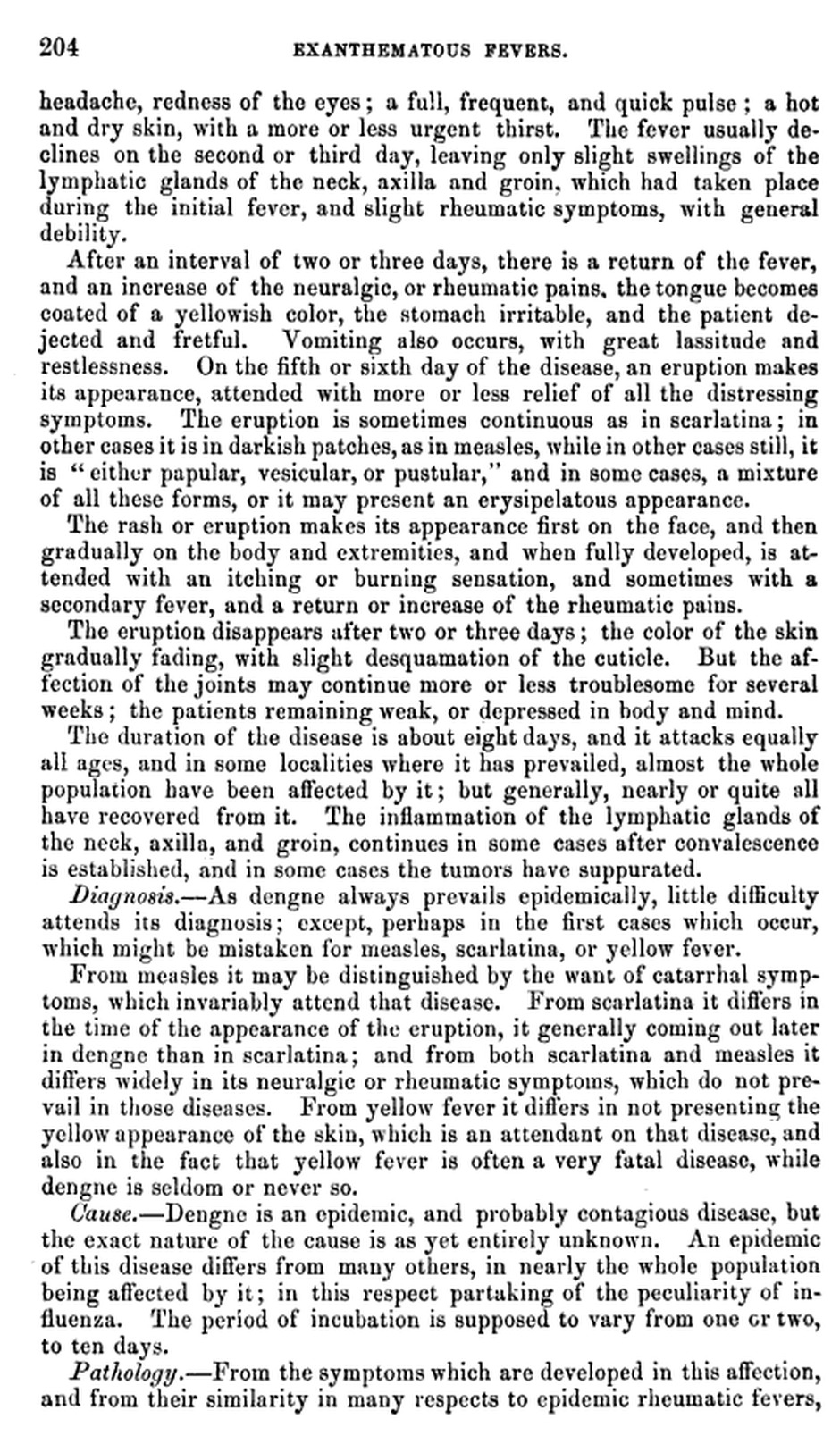 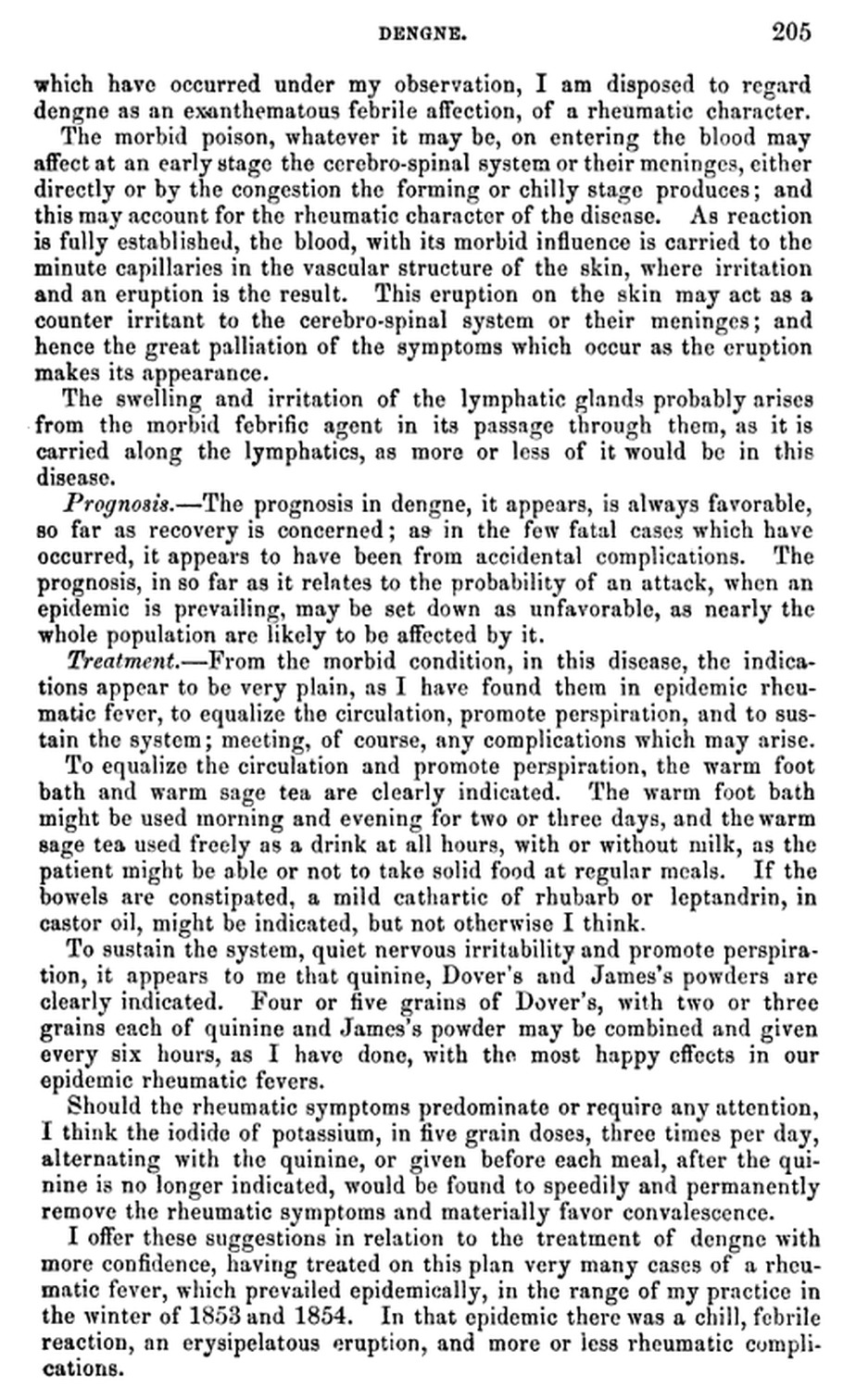 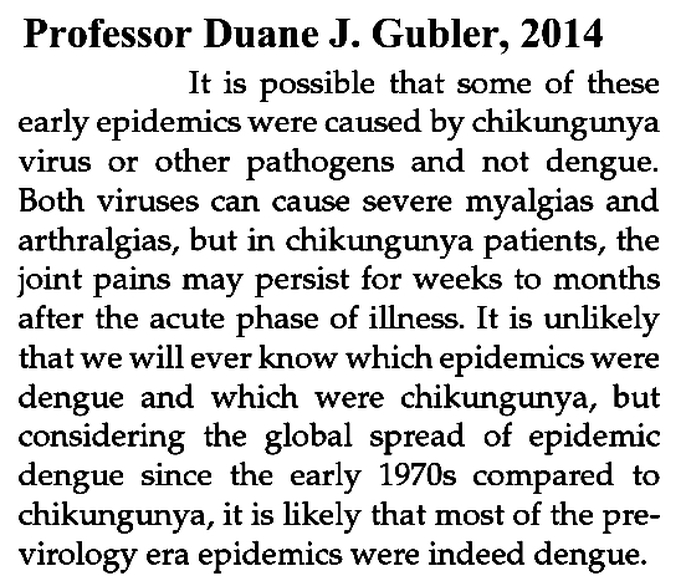