Edwin Tregelles travelled around the West Indies from late 1843 to mid-1845; his wife, Jenepher, died in England while he was away on this voyage. He spent the latter half of 1844 travelling around Jamaica. On December 31st, of that year, about a week before leaving Kingston for Haiti, he wrote of 1844 as 'the most memorable year of my life'. 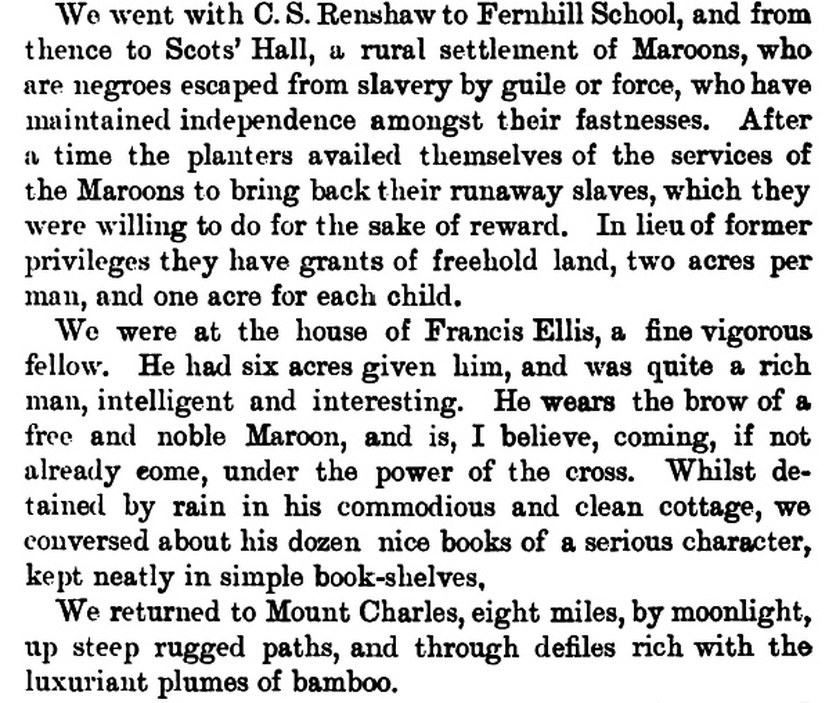 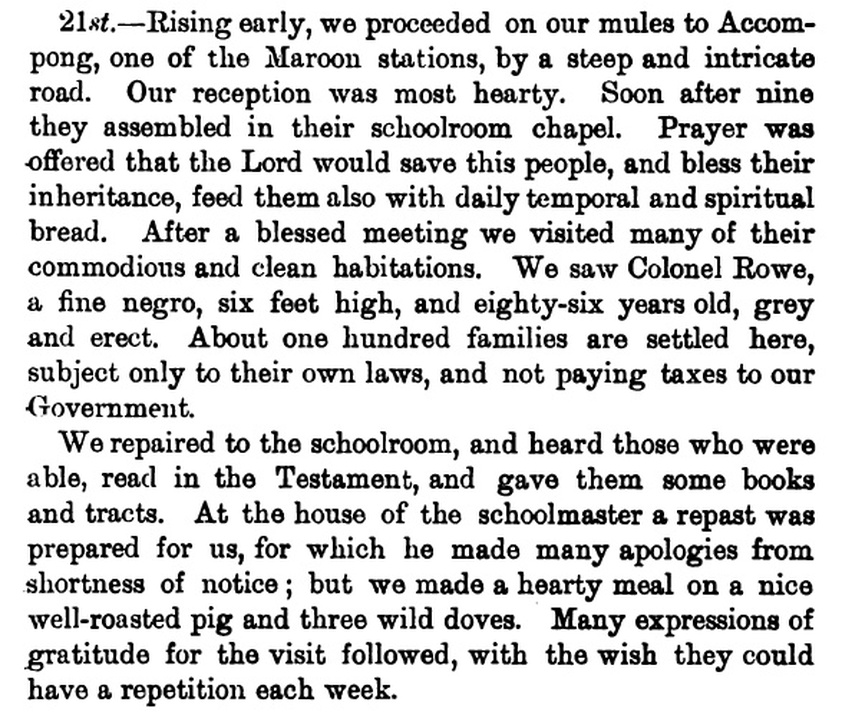 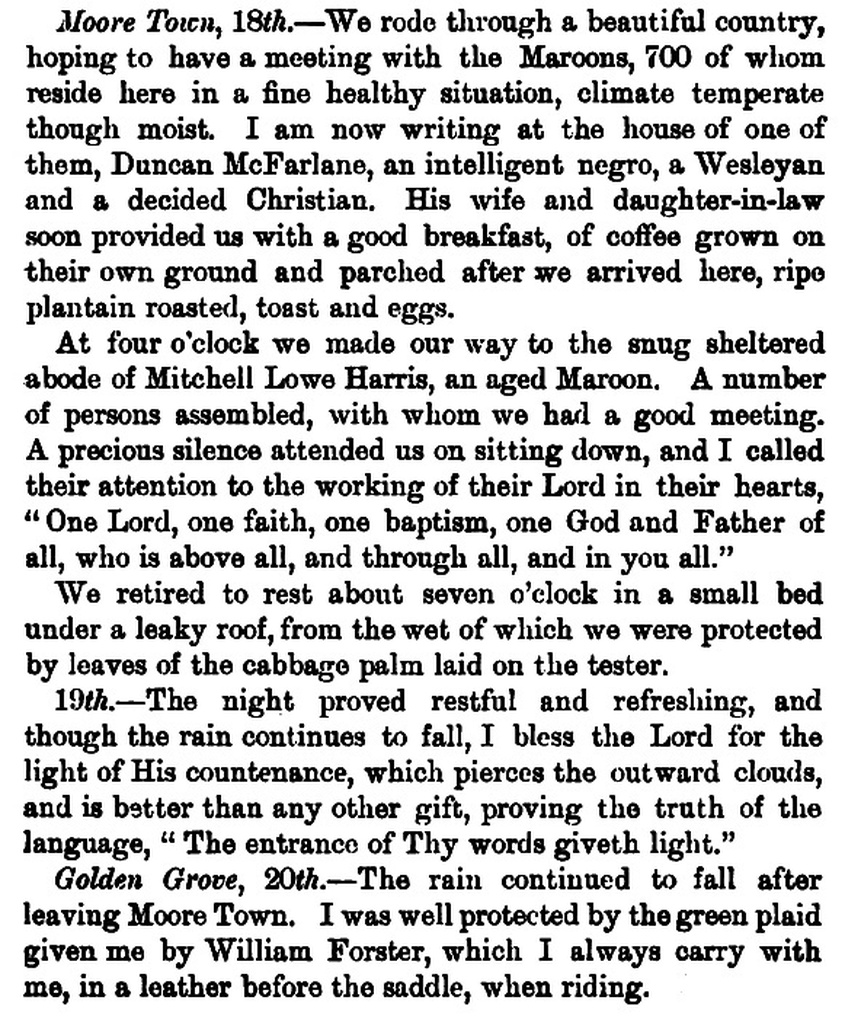 in the environs of Moore Town
NOTE: Edwin Octavius Tregelles (19 October 1806 – 16 September 1886), ironmaster, civil engineer and Quaker minister.
Edwin Octavius was the youngest of the seventeen children of Samuel Tregelles (1766 –1831) and his wife, Rebecca Smith (1766–1811) of Falmouth, Cornwall, United Kingdom. He married Jenepher Fisher (1808–1844), a Quaker from County Cork, on 3 July 1832, and they had three children. On 4 December 1850, he married his second wife, Elizabeth Richardson (1813–1878): they had no children.
Samuel Tregelles had formed an iron founding partnership with his Quaker relatives, in Falmouth, the Foxes and in South Wales, the Prices. Edwin was apprenticed to Joseph Tregelles Price (1784–1854) the manager of the Welsh wing of the firm, at the Neath Abbey Iron Works. He learnt a great deal of practical business and engineering. Around 1831, he set up on his own as a consulting engineer. He took part in many major projects, including the installation of town gas to many towns in Southern England, railway engineering and water and sewage projects. He was also involved with tin plating in County Durham, and the family's coal mines.
In 1853, he retired from business, in order to devote himself to religious and philanthropic work. He travelled in the Ministry to Ireland in 1839, with his cousin Robert Were Fox. He also travelled to the West Indies and Norway and made many journeys in the Ministry in the United Kingdom.
He was on the Council of the United Kingdom Alliance, one of several Victorian bodies promoting temperance.
He died in Banbury, Oxfordshire, on 16 December 1886