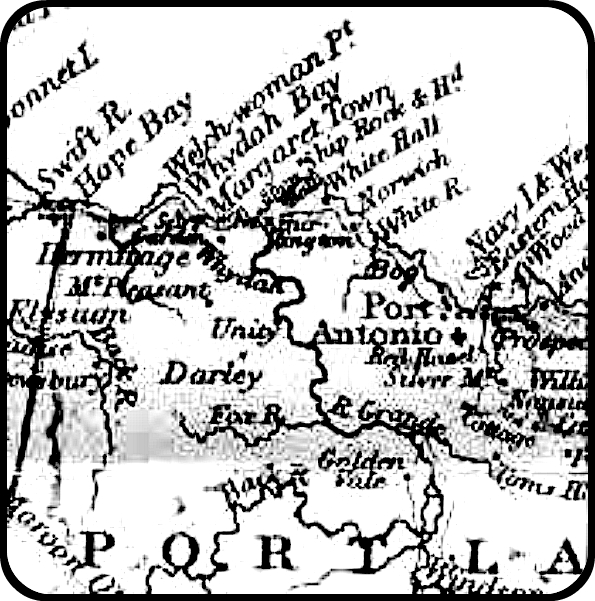 coast of western Portland, ca 1840
Daily Gleaner, August 22, 1888
The St. Margaret's Bay Jubilee.
In commemoration of the Emancipation of Freedom a vigil was kept in the St Stephen’s Church, St. Margaret’s Bay, on the night of the 31st July. As the clock noted the hour of 12 the bell was tolled, echoing to the inhabitants of the little town that their Jubilee had come. Fifty years had then passed over the heads of many who rejoiced with no ordinary thankfulness to Almighty God for the rich blessing so mercifully conferred on them and theirs.
By 4 a. m. the little Church was crowded to overflowing. Appropriate lessons were read, and a special prayer prepared by the Lord Bishop of Jamaica, was offered up for the occasion. At the close of the morning lessons, an appropriate and able discourse was delivered by the Pastor, after which the service came to a close with the singing of the processional Hymn
" Brightly Gleams our Banner."
The special and appropriate banners, prepared which decorated the Church were taken down and delivered to the officers who headed the procession.
The jubilant crowd then marched through the joyful town attended by a band of musicians.
​On their return, they were conducted into a spacious booth on the greens of the Whydah Penn where tea was prepared for the hundreds who had loyally come out to honour their gracious Queen, as well as to be thankful for the benefits of their emancipation.
At 12 a. m. breakfast was announced by the roll of the drum. The multitude then took their seats, and within two hours the managing committee discovered that fair justice had been done to the dainty preparations, cooked in various forms, and suitable to the most delicate taste.
The old people who had borne the heat and burden of the day, had their own table, and particular attention was paid to them.
Next were the children's tables, which were placed opposite to their parents.
After a delightful feed the whole company left the booth for out-door amusements. Cricketing and dancing being the principal enjoyment!
Again at 4.30 the drum rolled for dinner, at which spread the gathering became larger, but still there was enough and to spare. The tables were conducted in the same manner as at breakfast
As night came on sweet music was discoursed. The strong folks then assembled in the large arched booth, 182 feet by 40, for dancing, which lasted until daylight.
At 6.30 the whole company of 800 including 300 children, headed by two principal officers, commenced to make their journey towards the neighbouring and friendly town of Hope Bay.
The other officers, numbering eighty, marched along the lines. Each wore a sash made of scarlet, purple, and blue, with a cross on the left arm. As the crowd proceeded, it was augmented by many who came out from their abodes with no little mirth to hail and welcome the second day's enjoyment. At half a furlong from the town the managing officers in front gave orders for a short recess, in order to carefully arrange the children, who were placed in front, bearing banners, among which were "God save our Queen," "Education” and “Freedom". Next were placed the adults, and lastly went the managing officers, with the banner " Rule Britannia ".
The reception on the whole was a good one, for on entering the town a very elaborate and suitable flag, borne by a son of freedom, came forth to welcome us through the street. After a stay of three hours, the combined assembly then sung “God save the Queen” in front of the Telegraph Office after which our homeward crowd started, rejoicing still more to know that their neighbouring brothers and sisters had also been rapturously celebrating the benefits of their freedom.
​On our return, intelligence reached us that the people of the district of "Norwich" were also on their way to pay this town a visit. The report was a true one, and within an hour and a half the inhabitants of the two places met and spent a joyful time of it in the spacious booth already referred to. After a very lengthy speech from the Revd Mr Morns, the people of the latter district left in high praises to their honoured Queen.
In the afternoon the Revd. T. Banbury, of Hope Bay, headed the procession of his people to us. Our Pastor, the Revd C. L.​ Barnes, then went out and saluted his brother Clergyman in graceful praises to the names of Clarkson, Buxton, Wilberforce, and others, who overcame the powers of cruel slavery, and tried to establish the subject of their rejoicings.
As the hours of evening were fast closing, they found it advisable to cut matters short. Therefore, after a "Quick March" through the Town with Hip! Hip! Hurrah, the procession came to a close, and the whole Jubilee Celebration was finally settled and completed for the week, with the singing of the Anthem "God Save the Queen".
On the 6th instant the children of the Day and Sunday Schools, under the superintendence of their Pastor and Teacher, started at an early hour for Port Antonio, where arrangements had been made for a general procession of all the School children in and adjoining the town. The call for the children was most unanimously responded to. After the return of our people in this loyal little town, everything has been calm and peaceful as a river, fully testing that after the manifestation of their loyalty to their honoured Queen, they are now contemplating with calmness, the pleasant effects of their Emancipation.
"Brightly gleams our banner"


Pattern of our childhood, once Thyself a child,
Make our childhood holy, pure and meek and mild.
In the hour of danger whither can we flee,
Save to Thee, dear Savior, only unto Thee?
Refrain


Jesus, Lord and Master, at Thy sacred feet,
Here, with hearts rejoicing, see Thy children meet.
Often have we left Thee, often gone astray;
Keep us, mighty Savior, in the narrow way.
Refrain


All our days direct us in the way we go;
Lead us on victorious over every foe:
Bid Thine angels shield us when the storm clouds lower,
Pardon, Lord, and save us in the last dread hour.
Refrain


Then with saints and angels may we join above,
Offering prayers and praises at Thy throne of love.
When the toil is over, then comes rest and peace,
Jesus in His beauty! Songs that never cease!
Refrain

Note: the Revds Banbury and Barnes were both Afro-Jamaican Church of England clergymen; I have a page up on this site with some information on the Revd Mr Banbury, but I must put up a page on the Revd Mr Barnes; the link given is to a site I worked on long ago! 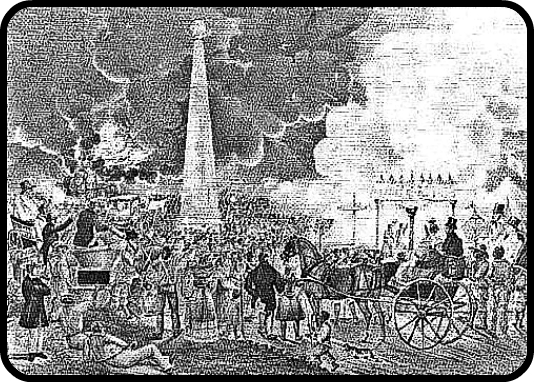