'The Jamaican-born Scot was the pre-eminent sprinter of the late-Victorian era.'  Harry Pearson
Register of Baptisms Kept by George W Downer Minister in the parish of Clarendon in the County of Middlesex in the year 1873.

I only learned of A. R. Downer as a result of articles about the current Olympics, particularly two by Arnold Bertram in the Gleaner, in which he gives an account of Downer's achievements as a runner in the 1890s. In an article in 2010 he wrote - 'Downer was born in Jamaica in 1873 to Scottish parents' and in 2012 he wrote - 'Among the athletes preparing for the first Olympic Games was a Jamaican, Alfred Downer, born of Scottish parents in the hills of St Andrew in 1873.' This was very intriguing, and I set out to try and find out how Jamaican, or Scottish, A. R. Downer actually was.

From the records I have found (all online) it seems fairly clear that the Downers of the late 19th century must be considered 'Jamaicans' having been in the island for at least three generations, from c.1760. The Revd. George William Downer, who was Rector of the Kingston Parish Church from 1873 to 1908, provided a (probably accurate!) record of the family's history. 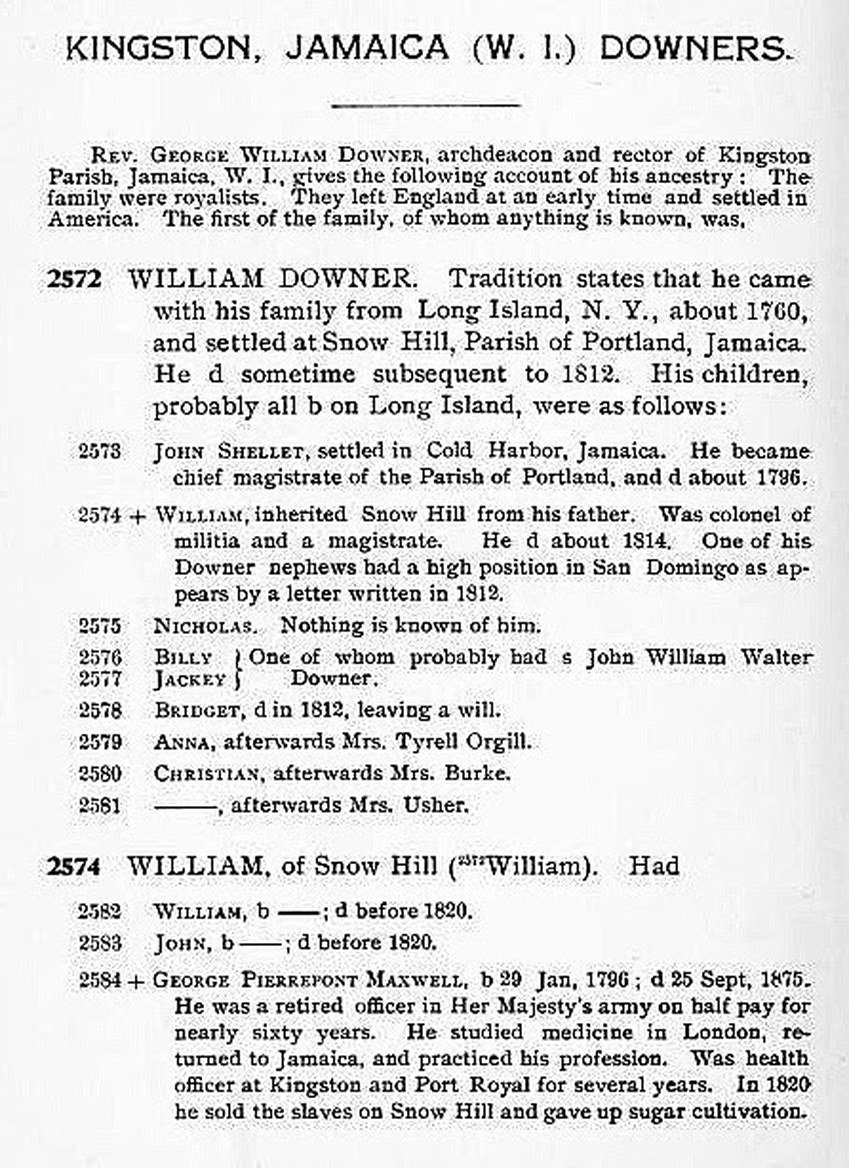 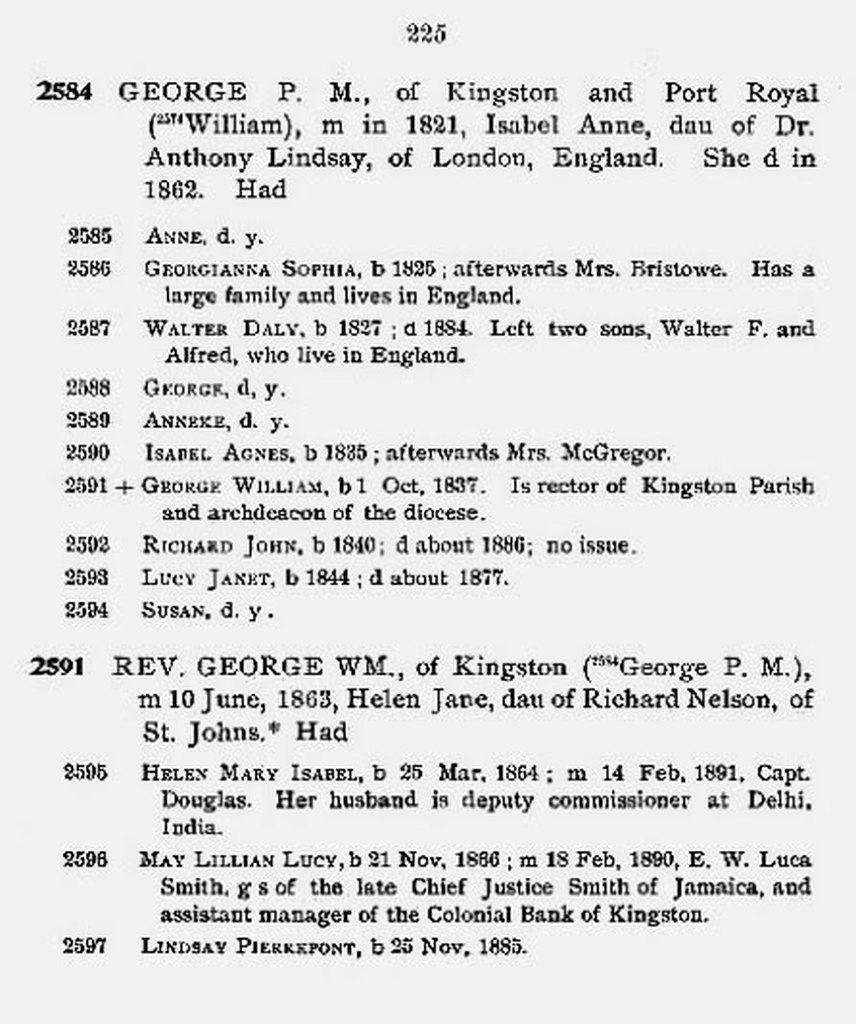 FamilySearch.org, the invaluable service provided by The Church of Jesus Christ of Latter-day Saints., provides information on the births of A. R. Downer's parents -
The Jamaica Almanacs confirm that Walter D Downer was an Inspector of Police, and that the other surviving brother, Richard John, was an attorney-at-law; this supports Arnold Bertram's statement -
'He [A. R. Downer] took pride in the land of his birth, for his autobiography, Running Recollections , published in 1908, begins with his claim to citizenship and the place occupied by his family in the administration of the island.'
[I wait with interest the arrival of a copy - fairly battered but relatively
cheap - of A. R. Downer's book, from a UK bookshop. The copy has arrived - in fine condition - and is a fascinating document. JL.]
So far, I have found nothing further about the family of Mary Reynolds King, but it seems likely that the Kings provide the link to Scotland which let her choose to take her two children to Edinburgh, when, as it seems likely, she and her husband split up in the mid-1870s.
[It is recorded that a John King from Scotland was a merchant in Kingston around 1760 - Mary R King's great-grandfather perhaps?]
An item in the Gleaner in 1869 may explain why Mary King and her children finally settled in Edinburgh:
'August 11, 1869
Married
On the 15th ult., at Christ Church, Hampstead, by the Rev. J. H. Bukersteth [Bickersteth?], M. A., assisted by the Rev. Charles Dallas, John Ballantyne, Esq., of Edinburgh, to Alice, youngest daughter of the late John King, Esq., of Stony Hill.'
So, Mary's younger sister Alice married John Ballantyne of Edinburgh, in the same year that Mary married W. D. Downer. When things went wrong, apparently, with Mary's marriage in the mid-1870s, the sisters may well have seen Mary's best course as also going to the U.K.
Later, John King Ballantyne, the son of John and Alice, and therefore the cousin of Alfred Downer, featured as a runner in races at meets where Alfred was a star performer.
So, as Alfred Downer wrote in his biography
'In the November of 1875, I being then exactly one year [two years?] and ten months old, my mother was compelled to take up her residence in this country [U.K.]. In 1880 she finally went to Edinburgh, where, with the exception of a year or so, she has resided ever since.' Running Recollections